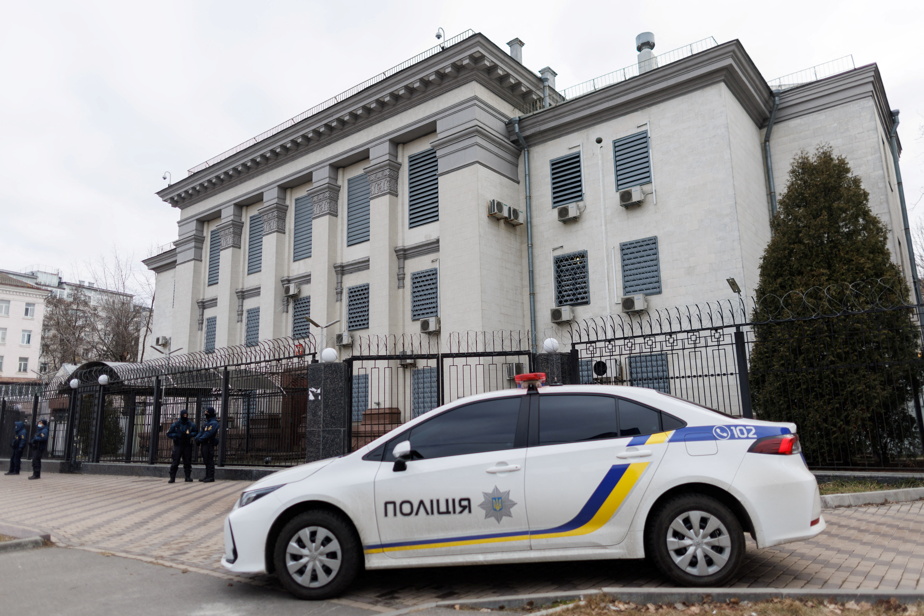 (Kiev) Russia began Wednesday the evacuation of its diplomatic personnel from Ukraine, a country which Moscow is accused of preparing the invasion.

The spokesman for the Russian embassy in Kiev, Denis Golenko, answered in the affirmative to AFP as to whether the evacuation was underway.

The Russian flag no longer floated on the roof of the Russian representation in the Ukrainian capital and several people came out with suitcases, according to AFP journalists.

Mr. Golenko argued that several Western embassies have also evacuated some of their diplomatic staff and that Moscow has decided to do the same “temporarily”.

Russia announced on Tuesday its intention to evacuate its diplomats from Ukraine, accusing local authorities of not doing what is necessary to guarantee their safety.

This decision comes after the Russian Parliament authorized President Vladimir Putin to deploy Russian soldiers on Ukrainian territory in the wake of the recognition of the independence of the separatist regions of Donetsk and Lugansk in eastern Ukraine.

Kiev and the West accuse Moscow of preparing a military offensive against Ukraine after massing 150,000 soldiers on the borders of this country.

In recent weeks, several Western countries have evacuated the families of their diplomats in Ukraine or moved their embassy from Kiev to Lviv, a city located in the west of this country and deemed safer in the event of a Russian attack.