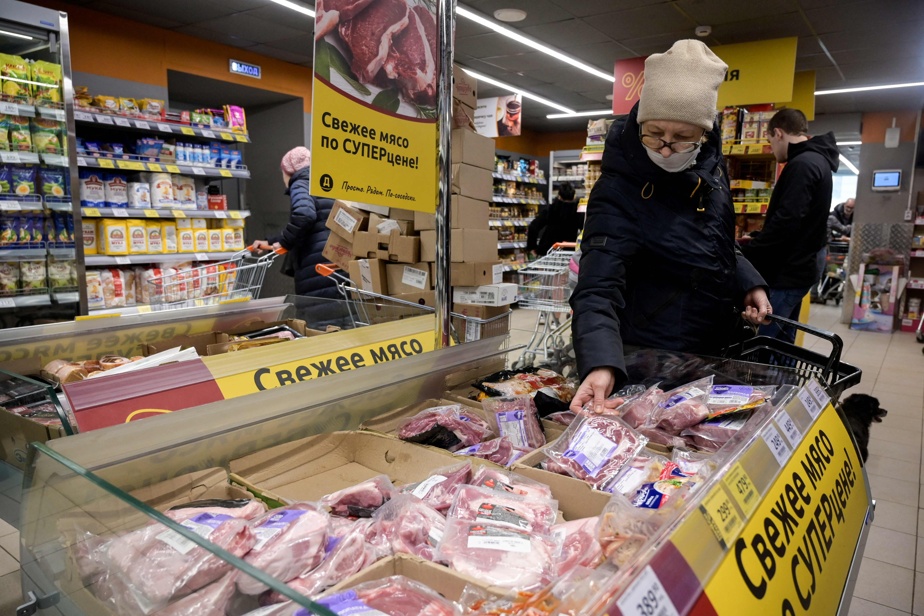 (Moscow) Inflation, which has been soaring in Russia for months, soared to 16.7% in March year on year, according to data from the statistics agency Rosstat published on Friday, a level not seen since the beginning of 2015 .

This is more than four times the target of 4% posted by the Russian Central Bank. This is the first month that has seen the repercussions on prices of Western sanctions linked to Ukraine, which are likely to worsen further.

Renaissance capital analysts predict that a peak of 24% will be reached this summer before a decline.

Compared to February of this year, price increases even accelerated by 7.6% month-on-month.

According to analysts at Capital Economics, this is a monthly inflation record since the 1990s.

Inflation, galloping for months, is linked to the post-pandemic recovery and soaring commodity prices, to which are now added sanctions and their share of logistics disruptions.

The price hike undermines the purchasing power of Russians, who have little savings, and proves to be a headache for the authorities, who have attempted price control measures which have had the opposite effect, in particular in the case of sugar.

At a St. Petersburg market this week, buyers were feeling the pinch.

“Apparently it happened because of politics […]and that’s why prices have gone up,” Olessia Ogieva, a 42-year-old factory worker, told AFP.

“We weren’t preparing for this and we weren’t ready for it. Prices have gone up and wages are not increasing,” complains Léonide Kabaline, 40.

“If our high authorities and our president think that we must increase [les prix], I am okay. And what else can I do? “, says Julia Riabinina, retired, 58 years old.