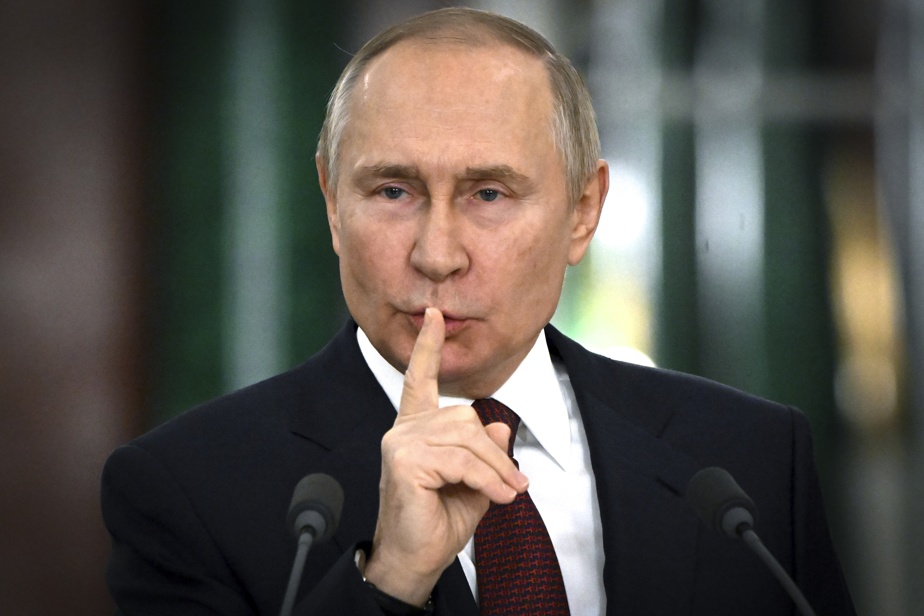 (Moscow) A Russian municipal deputy has announced that he has filed a complaint against President Vladimir Putin, whom he accuses of spreading “false information” about the army for using the word “war” when describing the Russian operation in Ukraine.

Thursday, during a press conference, Mr. Putin indeed used the word “war” while ensuring that he wanted the conflict in Ukraine to end “as soon as possible”.

Triggered on February 24, the Russian intervention in Ukraine is however officially called a “special military operation” in Russia.

The Russian authorities have introduced a law providing for heavy prison sentences for any publication of information on the Russian army deemed “false”.

To date, several people have been convicted, including after publicly calling the conflict a “war”.

“The Russian Federation has not started any war,” wrote Nikita Iouferev, a municipal deputy in Saint Petersburg, in his complaint addressed to the Russian prosecutor general Igor Krasnov and whose text was published Thursday evening on the Twitter account of the chosen one.

“In accordance with a decision of the President of the Russian Federation of February 24, 2022, a special operation is underway,” he added, asking to investigate Vladimir Putin’s remarks and to prosecute him for “spreading false information about the Russian army”.

This request has little chance of succeeding, especially since the text of the local elected official contains several factual errors, such as the date of Mr. Putin’s speech or the very name of the president, written in the feminine at a recovery.

This is nevertheless a very rare initiative in the country where repression has accelerated since the start of the offensive in Ukraine, with multiple legal cases having been opened against political leaders of the opposition or private individuals who criticized this Russian intervention.

In early December, opponent Ilia Yachine was sentenced to eight and a half years in a penal colony in Moscow for having criticized the military offensive against Ukraine on YouTube.