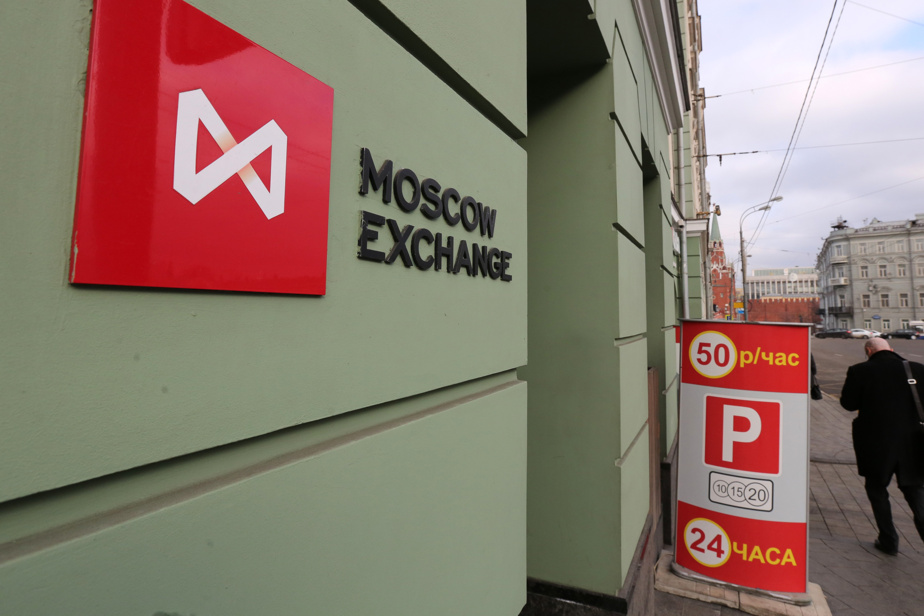 (Paris) “Speculative” public debt, the stock market closed, a sudden departure of international investors… A week after the introduction of Western sanctions against the invasion of Ukraine, Russian finance smells of sulfur.

“Russia has become totally uninvestable,” acknowledged Thursday Vincent Mortier, chief investment officer of the European number one asset manager Amundi, during a conference for his clients.

There is no longer a market in Russia.

The downgrading of Russian debt by the rating agencies to the category of speculative investments has driven the nail of the sanctions: Moody’s, Fitch and SP Global now consider that Moscow is likely not to be able to repay its debt.

The agencies are monitoring a possible aggravation of Western sanctions and do not rule out lowering Russia’s rating further. However, the lower this rating, the less the lenders will trust the country and the less it will be able to borrow money at reasonable interest rates.

Moscow on Wednesday did not pay the interest due to foreign investors who hold state debt in rubles, Russian media reported, continuing to pay those in foreign currency for the time being.

Russia may not pay its debts

Rating agencies say sanctions against Russia’s financial system could not only technically prevent the country from repaying maturities that come due as early as mid-March, but also raise concerns about the country’s willingness to service its debt .

A default by Moscow would be the first since 1998.

By freezing the assets of the Russian central bank and excluding certain banks from the SWIFT messaging system, the key to international finance, Western countries have made the repayment of Russian debt, particularly in foreign currency, technically complex.

“Russia has important deadlines in mid-March, the repayment of 700 million dollars. It’s not huge, but as part of the assets have been frozen, especially those of the central bank, this poses the risk of default because of the lack of access to the dollar, “said Alexandre Baradez, analyst at IG France.

According to him, the lowering of the Russian note “is not linked to the financial capacity of the country”, whose debt represents a small part of the GDP, but to the constraints linked to the sanctions.

These aim to prevent Western investors from buying new Russian debt. They will thus make it more difficult to refinance Russia, even if foreign investors currently only hold a little more than a quarter of the outstanding Russian bonds, according to data from the Bloomberg agency.

Under various sanctions since 2014, Russia has indeed strategically favored the domestic market for its debt.

The Moscow Stock Exchange has been closed for several days, but the bleeding is also affecting Russian companies with securities listed on international markets.

The first bank of the country Sberbank, the oil giant Loukoil and the gas juggernaut Gazprom have thus collapsed in recent days and were worth only a few cents on Wednesday evening on the London Stock Exchange. The latter finally suspended the listing of around twenty Russian companies on Thursday.

The largest sovereign wealth fund in the world, that of Norway, estimated for its part on Thursday that the value of its assets in Russia had been divided by ten.

Several major international index managers, including MSCI and FTSE Russell, have also announced the exit of Russian companies from their stock market indices, which are widely followed around the world, accelerating the troubles for these groups.

“We reduced everything we could,” says Vincent Mortier of Amundi, although Russian law prevents foreign investors from selling off their securities for the moment.

“The meaning of history is that Russia should come out of all the portfolios held by Western clients,” he adds. Amundi itself suspended subscriptions and redemptions of four funds exposed to the region.