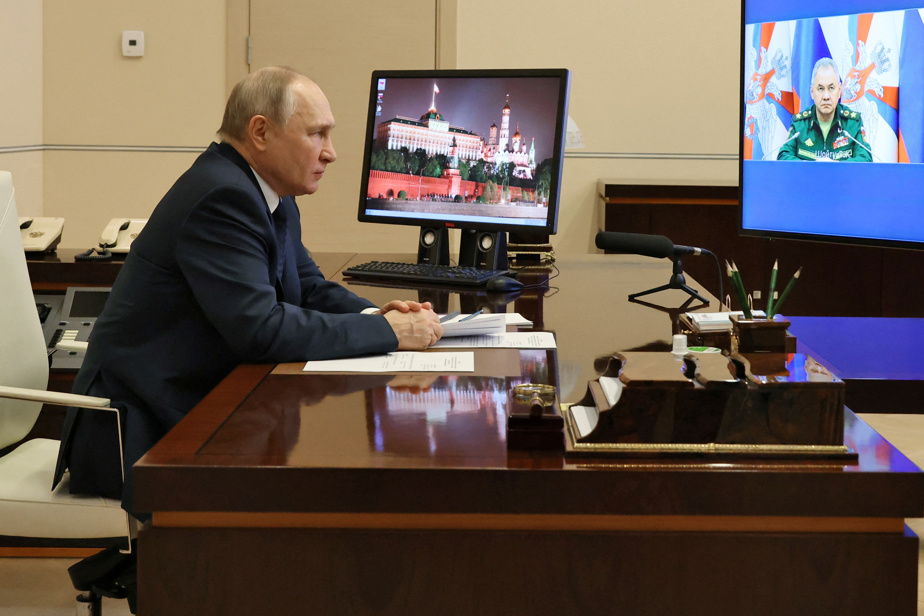 (Moscow) Russian President Vladimir Putin attended by videoconference on Wednesday the mission launch of a warship equipped with new hypersonic cruise missiles, in the Atlantic Ocean, the Indian Ocean and in the Mediterranean Sea.

“I am sure that such powerful weapons will effectively protect Russia from external threats and help defend national interests,” Putin said at the ceremony, which he attended with Defense Minister Sergei Shoigu. from an unspecified location, according to Russian agencies.

“The ship’s crew will train in the deployment of hypersonic weapons and long-range cruise missiles,” said Shoigu.

He pointed out that the Zircon hypersonic missiles were “capable of overcoming any current or future air defense system”, and could perform “powerful and precise strikes at sea and on land”.

Russia has suffered a series of humiliating setbacks in its offensive launched more than 10 months ago in Ukraine.

Russia’s military command has faced fresh criticism in recent days after Ukrainian strikes with US Himars rocket launchers on New Year’s Eve left at least 89 soldiers who were huddled together in one building dead.