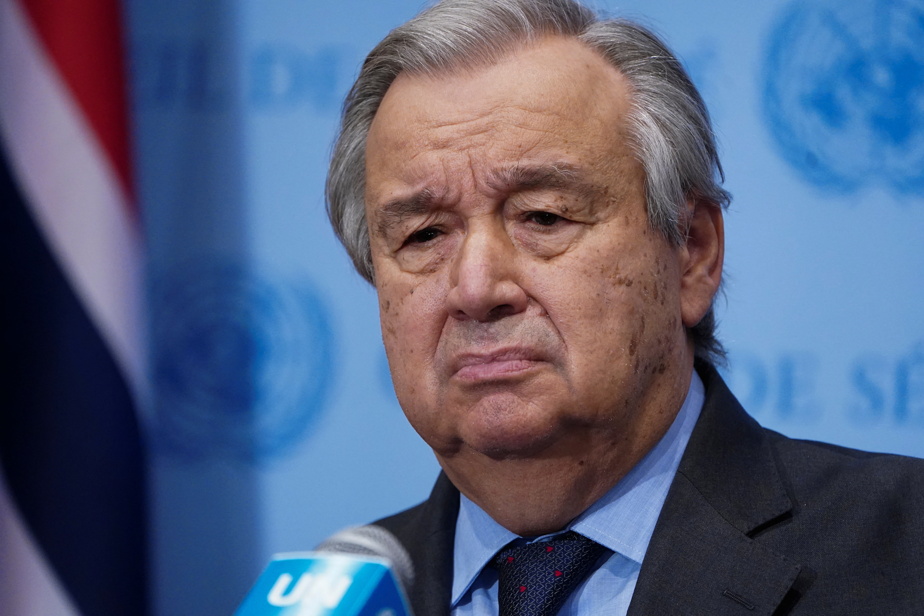 (United Nations) The “war” launched by Russia in Ukraine, which “makes no sense”, “must stop now”, implored the secretary general of the UN, Antonio Guterres, on Wednesday evening after a meeting urgently from the Security Council.

“President Putin, in the name of humanity, bring your troops back to Russia! “Launched the head of the UN, visibly shaken by the announcement of a Russian military operation in Ukraine in the middle of the emergency session held by the Security Council.

“This is the saddest moment of my tenure as UN Secretary General,” he added.

“In the name of humanity, let us not allow the outbreak in Europe of what could be the worst war since the beginning of the century”, insisted Antonio Guterres.

According to him, the conflict could have “devastating consequences for Ukraine, for Russia”, and unpredictable for the world economy already strongly affected by the COVID-19 pandemic.