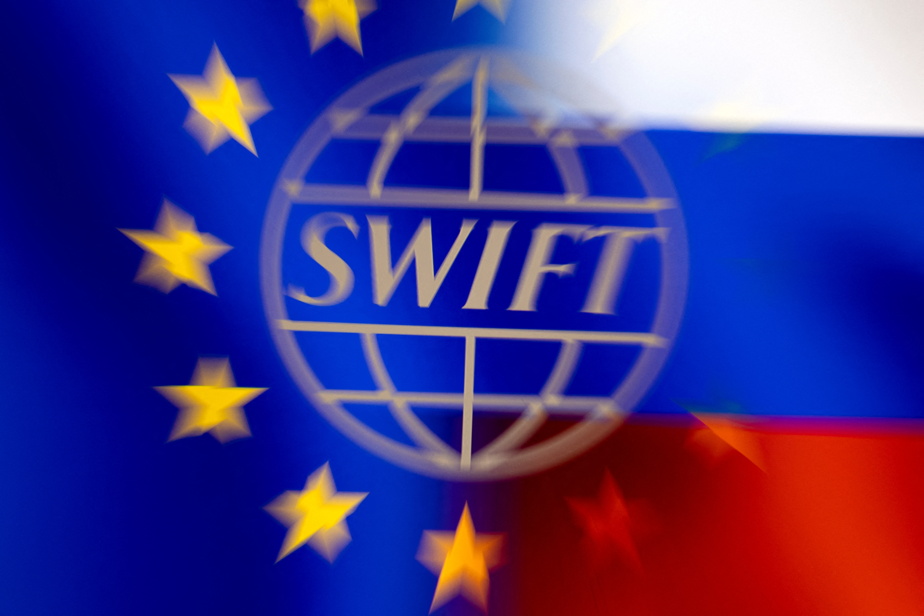 (Paris) European stock markets closed lower on Monday, measuring the weight of major economic sanctions against Russia, including the exclusion of major banks from the Swift system. In Paris, the star CAC 40 index fell by 93.60 points (-1.39%), to 6658.83 points, while in Frankfurt, the Dax lost 0.73%.

The Moscow Stock Exchange was closed on its side, on the decision of the Russian Central Bank which fears to see the Russian titles collapse.

Westerners, joined by Japan, have notably decided to exclude many Russian banks from the Swift interbank platform, which allows financial institutions to communicate quickly and securely about transactions.

As a result, “Russia has isolated itself from Western financial markets and is gradually being left behind, beyond the reach of essential transactional networks,” says Susannah Streeter, an analyst at Hargreaves Lansdown.

The Russian Central Bank’s access to capital markets has also been restricted as the European Commission president wants to ‘cripple’ its assets, causing the ruble to fall to all-time lows against the dollar and euro on Monday. .

Shortly before the opening of Wall Street, Washington banned with immediate effect any transaction with the Russian monetary institution.

Concretely “no G7 bank will be able to buy Russian roubles”, specifies Michael Hewson, who fears “a huge inflationary shock in Russia”.

The Russian Central Bank has announced that it will raise its key rate very sharply, by 10.5 points to 20%, “and has ordered Russian exporting companies to sell 80% of their foreign exchange earnings on the market in an attempt to support the ruble”, points out Susannah Streeter of Hargreaves Lansdown.

Russian and Ukrainian delegations began talks on Monday to try to end the war in Ukraine, on the fifth day of the invasion of Ukraine.

Raw materials are on the rise

On the European natural gas market, the benchmark contract soared by 12.26%.

Other raw materials also soared: soft wheat took 4.39%, palladium 6.29% and aluminum broke a new record at 3525 dollars per ton. Russia and Ukraine are key countries for the supply of crucial raw materials.

Russia announced Monday to restrict flights by airlines from 36 countries in response to the closure of the airspace of many states to Russian planes.

In the wake of these announcements, companies in the airline sector fell sharply. In Frankfurt, the world number 1 in tourism TUI fell by 6.5% and EasyJet by 5.75%. In Paris, Airbus lost 3.54%, in London, IAG, parent company of British Airways, fell by 4.35%.

The euro fell sharply against the dollar, considered a safe haven in times of uncertainty, and traded at 1.1229 dollars (-035%) around 2:40 p.m. GMT. Investors were also turning to government bonds to reduce their exposure to risk. The interest rate on the US 10-year debt fell by eight basis points to 1.88%. Gold also benefited (+1.33% to 1914 dollars an ounce).