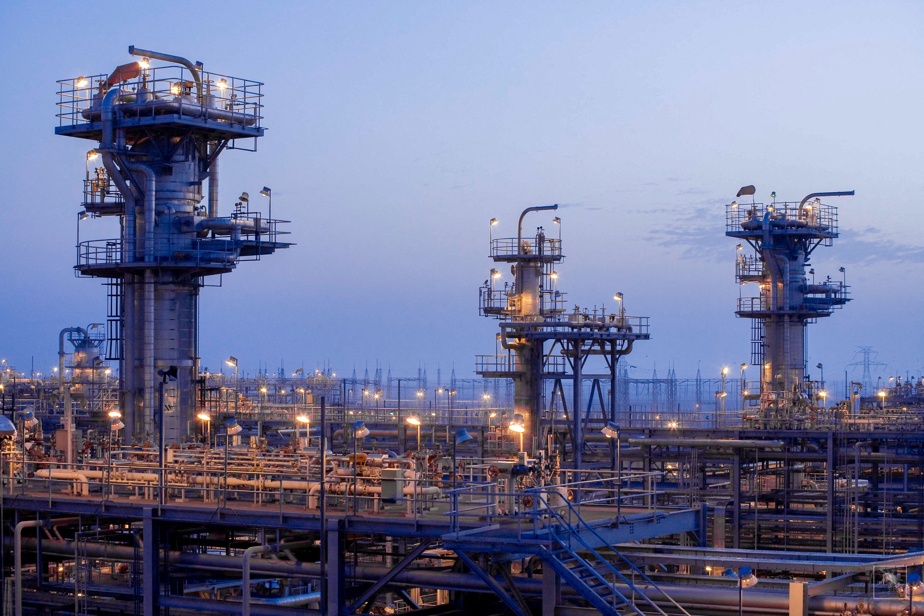 (London) The price of a barrel of American WTI oil soared to more than 11% on Tuesday, and that of Brent, the European benchmark for black gold, to more than 9%, propelled by the war in Ukraine and the increasingly numerous and severe Western sanctions against Moscow.

The two black gold benchmarks thus reached new highs on Tuesday, the most seen since 2014, at 106.78 dollars a barrel for West Texas Intermediate (WTI), and at 107.57 dollars for Brent. WTI had not experienced such a price spike in one session since May 2020.

The International Energy Agency (IEA), however, announced on Tuesday that its member countries would release 60 million barrels of oil from their emergency reserves to stabilize the market.

A decision which must “send a united and strong message to world oil markets that there will be no supply shortage resulting from the Russian invasion of Ukraine”, writes the IEA in a press release, but which did not slow down the surge in prices.

On the sixth day of the Russian invasion of Ukraine, rescue workers on the spot reported at least ten dead in the Tuesday morning bombardment of downtown Kharkiv, the country’s second largest city, not far from the Russian border. .

An extraordinary meeting of NATO foreign ministers was convened face-to-face on Friday at Alliance headquarters in Brussels.

“The war in Ukraine is escalating and hostilities between the West and Russia are intensifying,” said Bjarne Schieldrop, an analyst at Seb, leading to a “high risk” of disruptions in the supply of crude and natural gas.

“The issue of direct sanctions on Russian oil and gas exports is a matter of timing, not probability,” said Markets.com analyst Neil Wilson.

Moreover, “the business world is building a fortress to isolate Russia from the international community”, comments Susannah Streeter, analyst for Hargreaves Lansdown. Companies around the world are responding to Russia “by freezing transactions with Moscow and abandoning financial investments worth billions”, she continues.

The British hydrocarbon giant Shell announced on Monday that it would part with its shares in several joint projects with the Russian group Gazprom in Russia, due to the Russian invasion of Ukraine, following the example of its compatriot BP which is disengaging from the Russian giant. Rosneft.

The French TotalEnergies announced on Tuesday that “it will no longer provide capital for new projects in Russia”.

The French shipowner CMA CGM has announced the suspension of new orders from and to Russian ports, following in the footsteps of its main competitors Maersk and MSC.

Enough to cause “a disruption of shipments from Russia with cancellations of cargo reservations”, with the consequence of an increase in energy prices “in the short term, without Russia turning off the taps”, adds Mr.me Streeter.

Moscow, for its part, is trying to curb economic sanctions and is preparing a decree to stem the haemorrhage of foreign investment that has begun since the announcement of sanctions against Moscow, according to Prime Minister Mikhail Michoustine.

“Fears that Russia will retaliate by using its energy exports as a weapon are keeping oil and gas prices high,” said Ms.me Streeter.

“Retaliatory sanctions from Russia against the West seem likely,” Schieldrop also said, confirming the sentiment in the market.