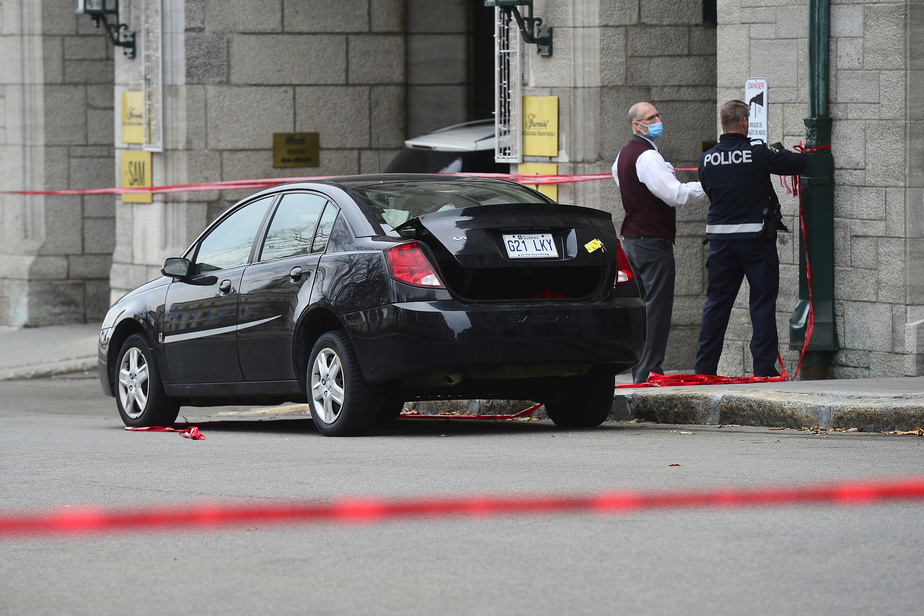 (Quebec) The author of the attack of October 31, 2020 in the streets of Old Quebec will plead not criminally responsible on account of mental disorder.

Carl Girouard allegedly used a saber on Halloween night to attack innocent bystanders. He is charged with two first degree murders and five attempted murders. He intends to plead not guilty.

“The defense does not deny that Mr. Girouard is the author of the gestures. The debate will be a debate on his mental condition at the time of the events, ”noted Monday morning Judge Richard Grenier, of the Superior Court.

The trial of Mr. Girouard got under way Monday morning at the Quebec City courthouse. The judge must select 12 jurors who will have to decide if Carl Girouard is responsible for the actions he committed. The trial is expected to last four to five weeks.

The suspect appeared in the dock with a shaved head. He sat down. He seemed nervous: his bust operated an incessant pendulum movement, from front to back, like a pendulum.

The attack on Old Quebec shocked the public. According to several witnesses, a disguised man had attacked passers-by in Old Quebec for free on Halloween night.

Suzanne Clermont, 61, was killed as she left her home to smoke a cigarette. The other victim, François Duchesne, 56, was taking a simple walk in Old Quebec. Five other innocent people were seriously injured.