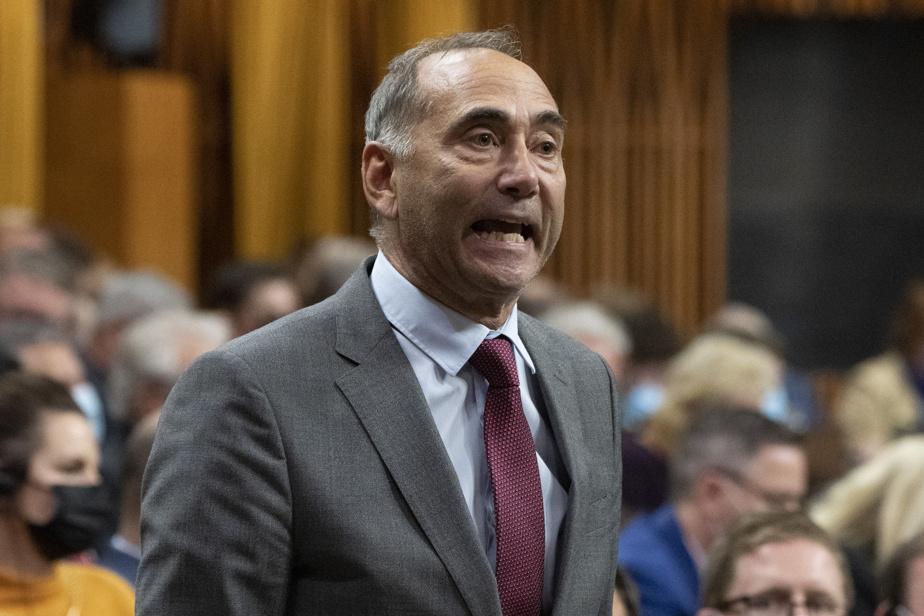 (Ottawa) The family of Salvadoran nationals living in the riding of Conservative MP Richard Martel and described by the elected official as “illegal refugees” considers that this type of comment is “offensive” and falls under “ignorance”.

In an interview given in French on Tuesday to The Canadian Press, the brother-in-law of an immigrant living in the Saguenay–Lac-Saint-Jean region, Leticia Cruz, said he hoped Mr. Martel would apologize.

“I think he should at least say that possibly he miscalculated his words and that he should come back, say and make a public apology,” said José Nicola Lopez on the other end of the line.

Telling the story of his family, he described it as a fine example of integration into Quebec society.

“I think that we, on our side, have nothing to reproach ourselves for as citizens that we are and to be offended in the way that Mr. Martel did, well, that gives me heartache”, dropped the one who works in public transport.

He said he arrived in Quebec about 24 years ago with his wife and children and had “impeccable integration”.

“We did a lot of work to integrate ourselves into Quebec society,” he insisted. I think we did well and today we are Canadian and Quebec citizens. We are proud to have become Canadian citizens and to live in a French-speaking region which gave us a warm welcome. »

His sister-in-law, Leticia, wanted to join José Nicola Lopez and his other relatives in 2018, crossing the Canada-US border irregularly via Roxham Road, located in Montérégie. She was then accompanied by her son, Raul, said Mr. Lopez.

He explained that M.me Cruz feared deportation to his home country due to policies instituted by the former US administration of Donald Trump.

“People like my sister-in-law and nephew found they had no choice. (It was) either to go to El Salvador or to come back to (join) us here, us, as a family”, summarized Mr. Lopez.

Roxham Road is well known as the main — if not the only — makeshift entry point for setting foot in Quebec from the United States. The Safe Third Country Agreement, which is being renegotiated between Ottawa and Washington, means that a potential refugee arriving at an official Canadian border crossing and having first set foot on American soil is turned away since he must pursue his asylum application in the first “place of safety” where he arrived. Thus, asylum seekers pass through Roxham Road.

“After living a long time outside the country of origin, (the) people (like my sister-in-law), if they want to return to El Salvador, are easy targets for street gangs […] It’s life-threatening,” Lopez said.

The resident of Saguenay-municipality included in the federal riding of Richard Martel-affirmed that his sister-in-law and his nephew were refused refugee status and that a notice was then received for deportation in dated December 8th.

It was then that the family turned to Mr. Martel’s office for help, which he refused to do according to Mr. Lopez’s account.

In remarks reported by Radio-Canada, Mr. Martel did not deny this refusal.

He explained that he did not offer his support to these new arrivals since they arrived in the country via Roxham Road.

“We are talking about illegal refugees, who have passed through Roxham Road, while there are legal refugees waiting! This case is illegal refugees. Me, I’m not getting into it, ”he said in this interview with the public broadcaster.

The Canadian Press requested an interview with Mr. Martel, a request that went unanswered throughout the day on Tuesday.

Lopez said he blames the Tory MP for his comments that his sister-in-law and nephew are “illegal refugees” rather than his refusal to help them avoid deportation from Canada.

“They have been working for more than three years for the same employer who is happy to have them,” he said, mentioning that he had taken steps to have Leticia and Raul Cruz learn French, and this, as soon as they arrive.

Their case was finally settled when Immigration Minister Sean Fraser intervened at the request of Bloc Québécois MP Mario Simard.

“To work here you need a work permit, you need a status […] They are not illegal, added Mr. Lopez. Illegality would be a bandit who enters without asking anything, to pass and cross the territory as well as hide there, or do nothing. That’s different. »

Group fire from other political parties

“A Conservative MP’s decision to deny service to a family in distress is inappropriate, but to go so far as to label them ‘illegal’ is inconsistent with the values ​​of compassion and inclusion that we cherish as Canadians” , decided Minister Fraser in a written statement sent by his team.

He urged his “colleagues” from all parties to hold immigration policy debates “in a humane and compassionate way, without resorting to harmful labels and divisive categorization”.

Bloc Québécois Mario Simard agreed, recalling that his party is asking for the Safe Third Country Agreement to be suspended, but that having a political debate does not mean that we can make amalgams.

“There are people who have made requests that are unusual, but there is no such thing as an illegal refugee […] I think Richard (Martel) should apologize […] because what he said without knowing the file and without knowing everything that the different statutes imply can have negative consequences for these people,” said Mr. Simard in an interview.

In his opinion, the Cruz family is unquestionably a model of integration that must be welcomed.

The deputy leader of the NDP, Alexandre Boulerice, considers that the words and actions of Mr. Martel are “disgusting”.

“Frankly, I think it’s a pretty inhumane way to treat people,” he said in an interview.

In addition to demanding an apology from the Conservative MP, Mr. Boulerice would like his party leader, Pierre Poilievre, to give “directives, very clear instructions that he does not accept this kind of speech”.

“If he is honest with the fact that he wants to be open to immigrants and immigration, well, let him give a clear message to his entire caucus that this is not a how to treat people, ”said the man who is also the MP for the Montreal riding of Rosemont—La Petite-Patrie.

A Tory spokesperson had not, at the time of this writing, responded to a request for comment that would be made by Mr. Poilievre’s office.

A request for an interview from The Canadian Press with Pierre Paul-Hus, Quebec’s political lieutenant for the official opposition, went unheeded.

Nevertheless, a written statement from Mr. Paul-Hus was provided. “Our MPs help people from all walks of life and support Canadians who have been left behind by the Trudeau government while defending a fair and compassionate immigration system,” said the elected Conservative.

Mr. Paul-Hus took the opportunity to criticize the Liberal government of Justin Trudeau on the immigration file.

“The Conservative Party believes that Canada is an open, inclusive and diverse country, but also a country that protects its borders, respects the rule of law and promotes security,” he said. Instead of creating a massive backlog and years of delays like the Liberals did, we are going to fix the mismanagement and make sure the process for regular immigrants is seamless so they can join our communities and enrich our country. »

The NDP is calling, like the Bloc Québécois, for the suspension of the Safe Third Country Agreement. For their part, the Conservatives have signaled in the past that they want this agreement to be applied uniformly all along the border, official entry point or not.