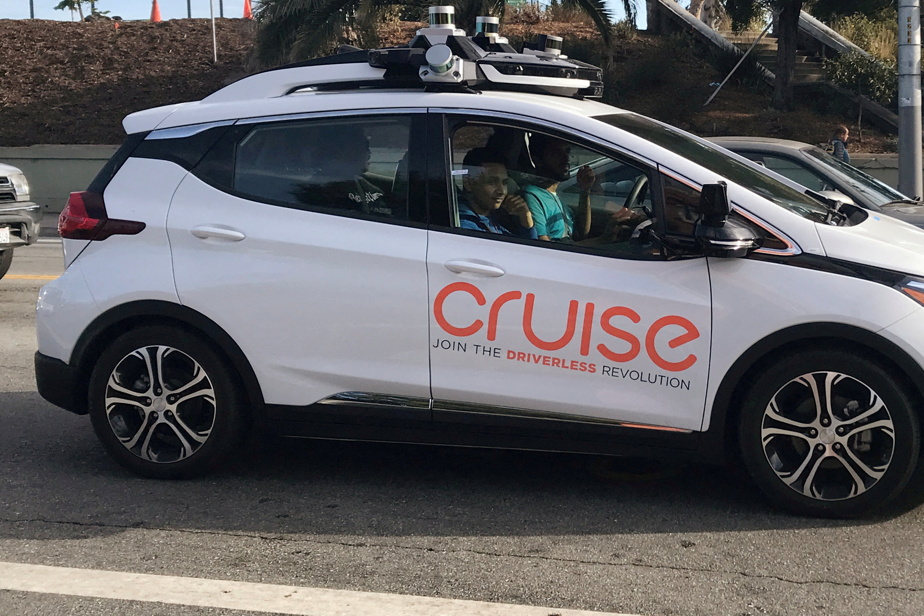 (San Francisco) San Francisco police recently faced an unprecedented problem, when an officer stopped a self-driving car that was driving at night, headlights off, no one behind the wheel or no passengers.

Video of the incident, filmed by a bystander, has been released and shared more and more widely on social media, to the point that Cruise, the company that owns the vehicle, reacted on Twitter to explain what had happened. past.

“Our self-driving vehicle yielded to the police cruiser and then pulled to the nearest safe location after the stop sign, as planned,” a spokeswoman for Cruise said last Sunday, commenting on the statement. video shared by a journalist.

“An officer has contacted Cruise and no charge sheet has been taken,” the company added.

The video indeed shows a policeman advancing to the window overlooking the driver’s seat, under the laughter of passers-by and while someone exclaims “There’s no one in it!” It’s crazy “. The autonomous car then leaves on its own to go to the side, a little further after the green light.

“Police officers contacted the operators of the driverless vehicle. […] The maintenance team took control of the car,” said a police spokesperson, contacted by AFP.

Cruise confirmed the facts and explained that the headlights were turned off due to human error.

Founded in 2013, Cruise has developed software that allows cars to drive themselves completely. The American manufacturer General Motors owns the majority of the shares of the company valued at more than 30 billion dollars thanks to investments in Microsoft, Honda and Walmart in particular.

It has just taken a crucial step by offering since the beginning of February to individuals to book free trips in the streets of San Francisco in its driverless cars.

Residents of the Californian city also regularly come across robotaxis from Waymo, Google’s self-driving subsidiary. These camera-clad vehicles take passengers from the general public wherever they want, with a driver present, but who does not touch the steering wheel or the pedals.