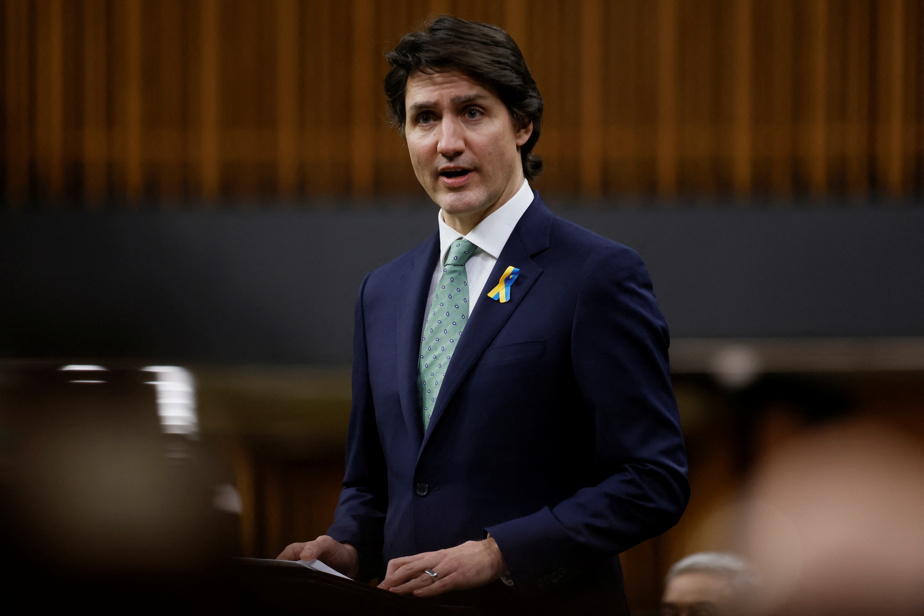 (OTTAWA) Prime Minister Justin Trudeau said he was open Wednesday to offering financial compensation for Canadian companies that would be affected by a new round of sanctions against Russia. However, trade with Canada is limited.

“I think we understand that this is a situation where if we create sanctions on other countries, it will obviously have a cost for us,” he said. This is how international trade works. »

The G7 countries are preparing to impose new sanctions on Russia. The Deputy Prime Minister, Chrystia Freeland, will also hold a press conference at the end of the afternoon with her colleagues at National Defense and Immigration, Anita Anand and Sean Fraser. It could be about these new sanctions, new lethal aid to Ukraine and the lifting of the visa requirement for Ukrainians who want to come to Canada for refuge.

Canada and its allies have already imposed unprecedented sanctions on Russia since the invasion of Ukraine began, but to date they have failed to stop it. A new salvo of sanctions would aim to convince President Valdimir Putin to back down.

“Yes, there will be industries and people who will be affected,” acknowledged Mr. Trudeau. We’ll see what we can do to compensate, but we also know that we have friends, partners, allies in Europe who will suffer even more and our concern is to be there for each other. »

“The commercial exchanges that exist between Canada and Russia are minimal, less than 1% for imports and exports,” indicated the Minister of Innovation, Science and Industry, François-Philippe Champagne before the Liberal caucus meeting on Wednesday.

He expects further sanctions to impact the price of gasoline, natural gas and wheat.

According to the Department of Global Affairs’ annual trade report, Canada’s exports to Russia were $617 million in 2020. They were down 7.4% in this first year of the pandemic and were comparable to Canadian exports. in Algeria. Russian merchandise imports were nearly $1.2 billion, down nearly 36% from the previous non-pandemic year.

The impact on the Canadian economy should therefore be moderate, according to Minister Champagne, who is trying to mobilize Canadian industry to see how it can help Ukrainians and Europeans struggling with the repercussions of their own sanctions.