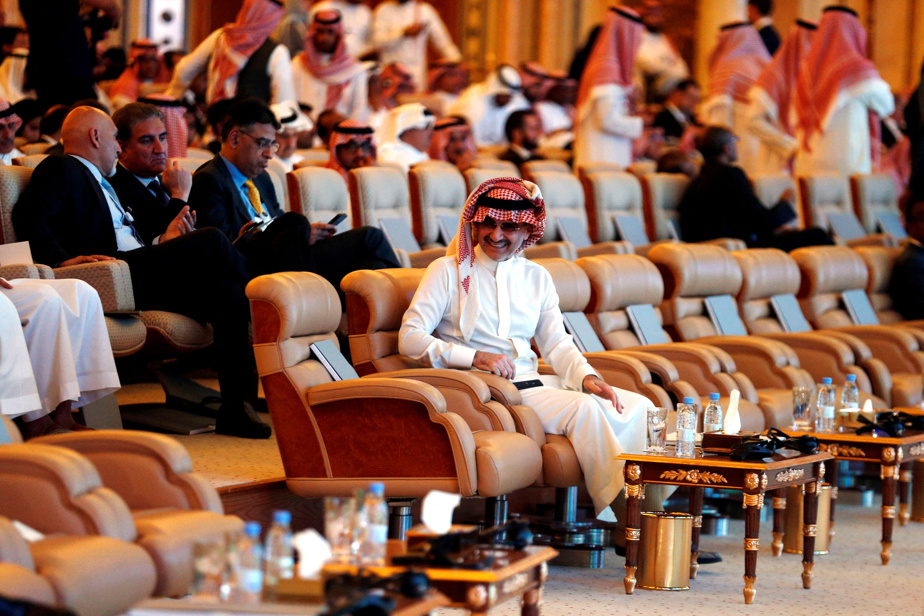 The US government is concerned that a firm controlled by a member of the Saudi royal family is among the main shareholders of Twitter after the acquisition of the company by businessman Elon Musk.

Elected officials are also wondering if it will now be easier for Riyadh to carry out propaganda campaigns or to censor information deemed contrary to its interests on the social network, in full upheaval.

We should be alarmed that the Saudis, who clearly want to suppress political speech and influence American political life, are now the second largest shareholder. [de Twitter].

The Connecticut lawmaker said it was imperative that the Committee for Foreign Investment in the United States (CFIUS), which brings together a dozen government agencies, examines the sale of Twitter to determine whether it represents a national security risk.

Another Democratic senator, Ron Wyden, said it was crucial for the government to protect Americans’ data from “murderous foreign governments”, noting in passing the CIA’s alleged role in the organization of Mohammad bin Salman. of the sordid murder of journalist Jamal Khashoggi in 2018.

According to washington postthe Treasury Department reached out to Twitter in the past few days to get more details about the new corporate structure and the existence of confidential agreements linking Mr. Musk to the foreign investors who backed the deal.

The most important of these investors is Saudi Prince Al-Walid bin Talal, who a few days ago congratulated himself on becoming Twitter’s “second shareholder” by transferring a pre-existing stake worth two billion dollars owned by Kingdom Holding in the new private company.

According to Thomas Juneau, a Middle East specialist attached to the University of Ottawa, there is nothing illogical for the United States to be alarmed by the situation, even if Saudi capital was already present through the spent in the company.

“The Saudi presence has not changed, but Twitter has. Will the new structure increase the risk of slippage? “Asks the analyst, who is particularly concerned to see that Elon Musk wants to significantly reduce the staff.

Will the Saudis have formal or informal access to more sensitive information about Twitter users? If there is less rigidity in the structure, the controls are likely to be less effective and this opens the door to clandestine operations by Riyadh.

A former Twitter employee holding US and Lebanese citizenships was found guilty in August in the United States of providing information on anonymous accounts of dissidents to a close adviser to Mohammed bin Salman. Another ex-employee targeted for similar practices fled to Saudi Arabia with his entire family in 2015 and received a position at a foundation linked to the crown prince.

The wealthy Saudi national has long led a flamboyant life, multiplying investments and trips abroad, before being targeted five years ago by the Saudi regime as part of an anti-corruption purge which deprived him of a substantial part of his fortune.

“He has a lot less leeway compared to Mohammed bin Salman than he had in the past,” underlines the academic.

Sarah Bauerle Danzman, an associate professor at Indiana University who is familiar with how CFIUS works, notes that it can look into deals targeting strategically important companies even if the foreign investor does not become the controlling shareholder.

President Biden stressed in a recent executive order that the committee should pay particular attention to acquisitions that may affect the protection of the personal data of the American population.

Smaller foreign investments from Qatar and a firm of Chinese origin could also be evaluated in the process.

These questions about the impact of the sale of Twitter on national security come at a time when relations between the United States and Saudi Arabia are particularly tense.

The American president, who had sworn to make Mohammed bin Salman an “outcast” because of the Khashoggi affair, went back on his promise and met him during the summer in the ultimately vain hope of convincing him boost the country’s oil production and bring down the price of gasoline.