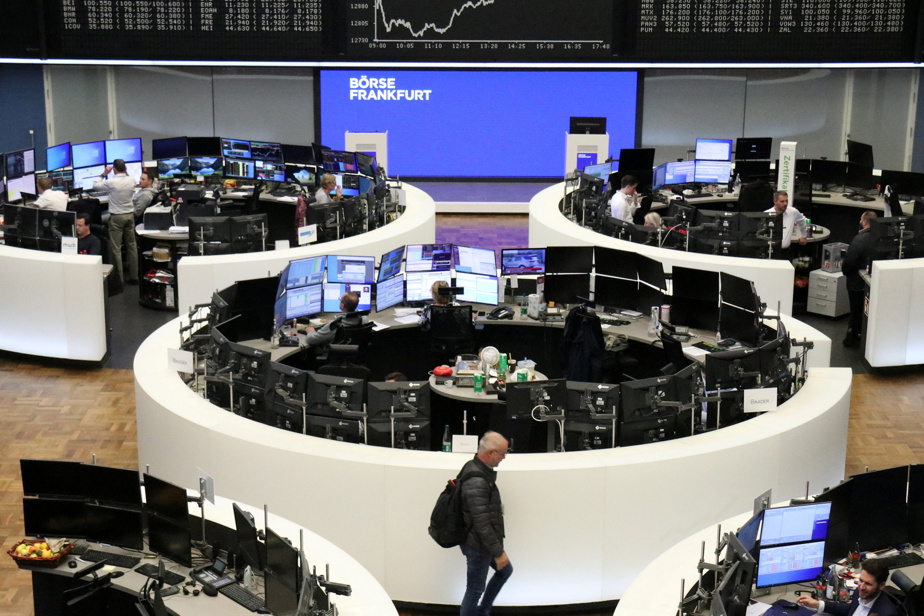 (Paris) The Western markets began the week with enthusiasm, with the approach of several corporate results, including the American technological giants, and reassured by the easing of bond rates.

On Friday, the Dow Jones rose significantly (+2.47%) to end at its highest level in a month.

On the Old Continent, Paris took 1.59%, Frankfurt 1.58%, Milan 2.05%. In London, where the Conservative Rishi Sunak will become the next British Prime Minister following Liz Truss, the flagship index rose 0.64%.

The news of the week will be extremely busy for the markets “and it will weigh very heavily with the American technological giants which will set the tone for the publications”, according to the French analyst.

Alphabet and Microsoft are expected on Tuesday, followed by Apple and Amazon on Thursday. In total, more than 1,500 companies listed on Wall Street must publish their quarterly accounts by Friday.

Macro-economic news is also rich. The European Central Bank (ECB) is expected to hit hard again on Thursday by raising its interest rates again, despite the risk of a recession which it now accepts in the face of the urgency of stemming inflation.

“We see the market’s interpretation of the ECB’s intentions,” according to Baradez, who believes that the guardians of the euro will accompany the sharp rise in rates with a more nuanced speech by noting the slowdown in the economy.

The ECB has already raised its key rates twice since the summer, ending a decade of generous monetary policy: after a 0.50 point increase in July, the pace accelerated to 0.75 point in September , not without sparking internal debates.

After a peak on Friday, the cost of borrowing for states fell sharply in Europe.

On the other side of the Atlantic, with the hope that the FED will be more lenient in its monetary tightening, “we saw rates come down last week” he also underlines.

However, new concerns have come from Asia, “after a very political Communist Party congress in China with little economic orientation” and where the leader Xi Jinping has further strengthened his power, summarizes Mr. Baradez.

On Wall Street, Chinese companies fell sharply, after the reappointment of Xi Jinping as head of the Chinese Communist Party.

In China, the Chinese stock indices had also unscrewed earlier. The tech-heavy Hong Kong Stock Exchange fell more than 6%, falling to its lowest level since 2009.

Tech behemoths have been hit in recent years by Xi’s crackdown on the sector, which has squeezed profits and lost billions of dollars in market valuation.

Tesla fell sharply (-4.94%), some investors and analysts worried about the possible sale of new shares by Elon Musk, managing director of the electric vehicle manufacturer, as well as possible interference from the Twitter file (+2, 22%) in group management.

on the side of currencies and commodities

European natural gas continued to fall, below 100 euros (96.00 euros; -15.48%), the lowest since mid-June. This is due to “warm autumn weather across Europe and high storage levels ahead of the onset of winter”, according to analysts at Energi Danmark.