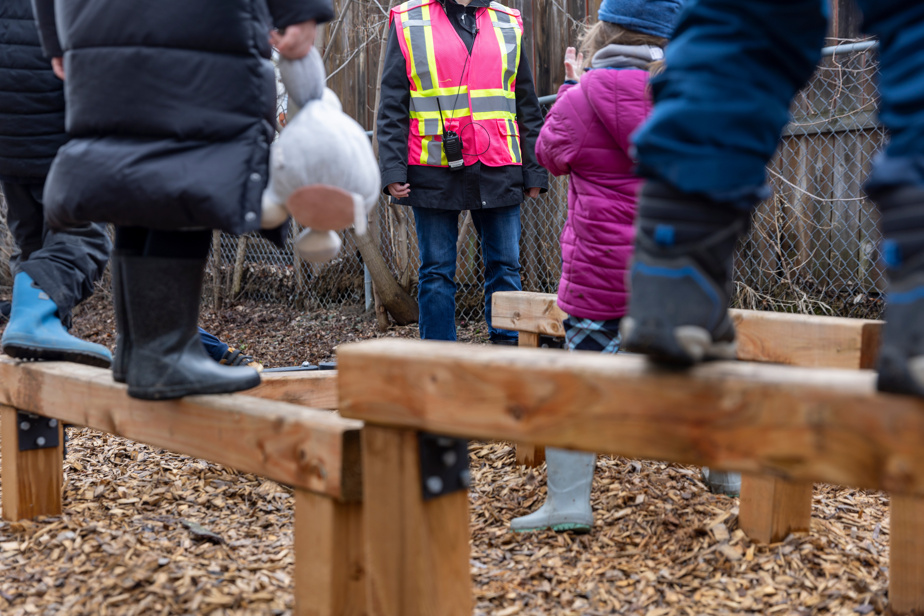 Schools in the province call upon hundreds of educators in school daycare services who have no training related to their work, a result of the unattractiveness of the profession, but also of the weak requirements of the government. Many children, however, spend almost as much time with these educators as with their teachers.

We know that many unqualified teachers end up in Quebec schools because of the shortage, but this is also the case for educators in school daycare services, shows an access to information request made by The Press with a dozen school service centres.

At that of the Capital (CSSC), in Quebec, 250 educators out of nearly 700 are not qualified. At the Mille-Îles school service center (CSSMI), in the Lower Laurentians, out of 800 people who have worked as educators since July 2021, 130 did not have the minimum qualifications.

Added to this are the 175 people who were called upon to do occasional replacements in the schools.

It may therefore be normal that they do not hold all the minimum qualifications since they come from other job categories.

In response to our request for access to information, the Montreal school service center indicated that it had 258 “files” of employees (out of 2,000 educators) who had “other” training.

“Less attractive” positions that are difficult to fill

Since 2011, in addition to having at least a high school diploma, educators must hold an attestation of professional studies (AEP) in daycare. School service centers can also qualify them if they have an attestation of studies “whose equivalence is recognized by the competent authority”. In the middle of the pay scale, a child care worker earns about $23 an hour.

The Federation of School Support Staff explains that for some of its members, experience with children is added to a high school diploma.

I know people who have done animation in parks […]who worked as swimming pool instructors.

Éric Pronovost, President of the Federation of School Support Staff

He explains that interest in the attestation of professional studies set up ten years ago has “run out of steam”. The fact that it is optional for educators already in place has not helped, he adds.

The shortage in the education sector explains why so few educators have obtained this 390-hour training, says Réjeanne Brodeur, president of the Association québécoise de la garde scolaire (AQGS).

In school service centers where unqualified educators are used, shortages are also cited. Positions “sometimes less attractive in terms of number of hours and schedule” force the hiring of unqualified people, we also explain to the CSSMI.

The Federation of School Support Staff says that 70% of its members have precarious status. “There are some who only work at lunchtime, others who do not work in the evening”, illustrates Éric Pronovost. In this context, “we have come to believe that Tim Hortons is a direct challenger to schools […] because he offers 35 hours a week,” laments Mr. Pronovost.

In a report published more than 20 years ago, the Auditor General of Quebec already observed a shortage of qualified personnel in school childcare services and noted that unlike most other Canadian provinces, “the only requirement formulated by Quebec is to hold a degree of 5and secondary”.

Five years later, the Superior Council of Education recommended in an opinion raising the training requirements for daycare staff and promoting access to continuing education.

Since then, the Quebec Ministry of Education has not set any training target for educators who work in daycare services in schools, confirms its spokesperson, Bryan St-Louis.

However, in childcare centres, the government imposes a minimum number of qualified educators. To be considered as such, they must have an attestation of college studies or a college diploma.

Services that stop “when the bell rings”

At the Federation of Parents’ Committees of Quebec (FCPQ), we remind you that families have changed a lot since the establishment of daycare services, more than 40 years ago.

“Parents expect service of equal quality at school, throughout the day,” says its president Kévin Roy, who specifies that staff is part of this expected quality.

He notes that the services offered to students with special needs cease to be offered “when the bell rings, as if the needs of the child stopped there”.

Parents would like daycare educators to have additional training regarding students with special needs and for educators to be directly involved when a student has an intervention plan.

The president of the Federation of school support staff is in favor of a continuing education program, in particular to better support students who are experiencing mental health problems. “It’s a must,” says Éric Pronovost. It’s up to the school service centers to see to it,” he adds.

With William Leclerc, The Press