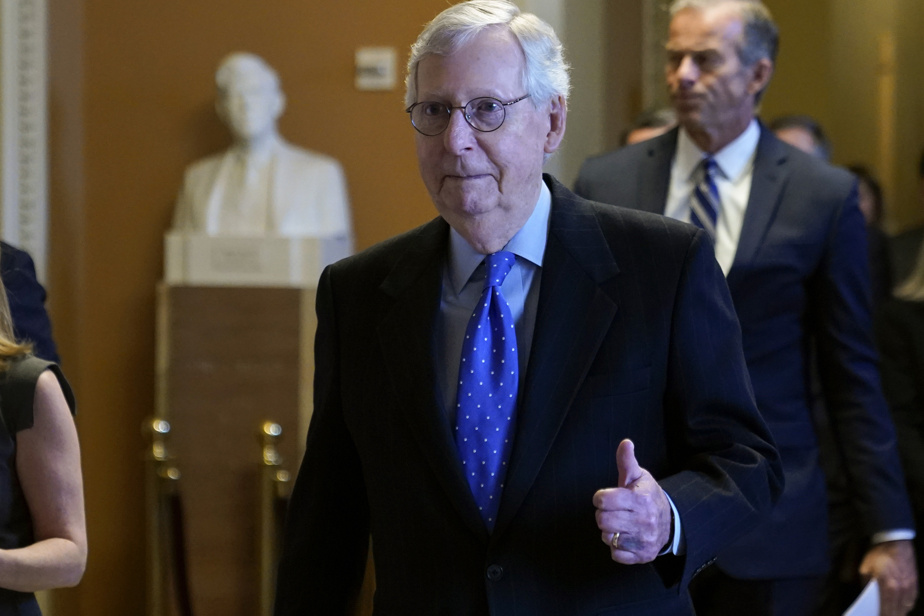 (Washington) Senate Minority Leader Mitch McConnell was comfortably reappointed Wednesday by his peers for the next legislature, which begins in January, despite an opposing nomination and attempts to delay that process .

This 80-year-old experienced politician, elected from the rural state of Kentucky, thus remains at the head of the Republican group in the upper house, a position he has held since 2007.

The good performance of the Democrats in the midterm elections, traditionally difficult for the president’s party, once again deprived this native of Alabama of a majority and therefore of decisive weight in the Senate.

Donald Trump, who retains significant influence over the Republican Party, blamed him for the rout.

The two men were strong allies during the billionaire’s tenure, but Mitch McConnell has distanced himself since the assault on the Capitol.

“He screwed up the election,” said Donald Trump on his Truth Social network. Before the election, Mr. McConnell was however worried about the “quality” of the candidates pushed to the front of the stage by the former Republican president.

Mitch McConnell, first elected to the Senate in 1984 and who has constantly navigated the mysteries of Washington, easily rejected the attempt to replace him with another Republican senator, Rick Scott.

He also managed to maintain the holding of the vote on Wednesday despite the inclinations of several Trumpist senators to postpone it.