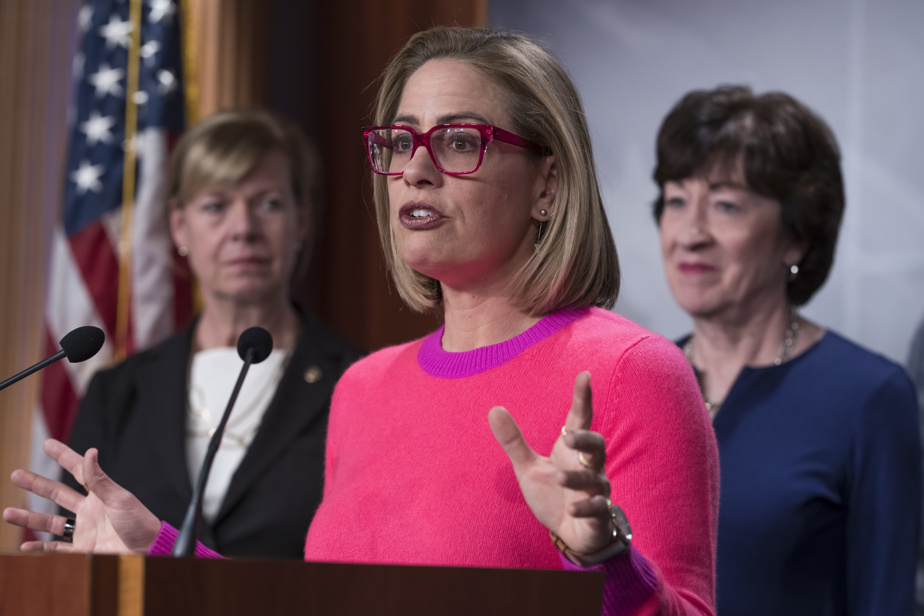 (Washington) By leaving the Democratic Party on Friday, Arizona Senator Kyrsten Sinema weakens Joe Biden on the parliamentary level, while starting his political credit, at a time when everything seemed to smile on the Democratic president.

“I declare myself independent of the faulty partisan system in Washington,” the 46-year-old elected official announced in a video.

Until the resounding announcement of this free electron, the White House openly savored the results, it is true much better than expected, of the Democrats in the very recent mid-term elections.

Wasn’t the American president the only one, since the illustrious Franklin Delano Roosevelt, to have won a seat in the Senate and gubernatorial posts during this traditionally punitive election for the executive party?

The White House hastened to temper the announcement of the senator. “We have every reason to believe that we will continue to work” with Kyrsten Sinema, Joe Biden spokeswoman Karine Jean-Pierre said in a statement.

The main interested party was careful not to say if in the future she would align herself with the Democrats in the vote on the texts of the law.

From 51 seats out of 100 in the Senate, the Democratic camp fell to 50, its level before the mid-term elections.

Knowing, however, that the Republicans have 49. Kyrsten Sinema’s decision was also applauded in the conservative ranks who now hope to count on his vote on the most disputed texts: “I hope that many others will s ‘to inspire,’ launched the elected Lauren Boebert.

On a strictly parliamentary level, the decision of the senator from Arizona showers Joe Biden’s hopes of governing with more freedom for the rest of his term.

But it does not radically change the situation either.

The other chamber of Congress, the House of Representatives, swung to the Republican side after the midterm elections, already putting Joe Biden in a precarious position.

And anyway, during the first two years of Biden’s term, Kyrsten Sinema had displayed a fierce political independence, often seen conversing with his Republican colleagues in the hemicycle.

During the first two years of Joe Biden’s mandate, she regularly forced the White House to conduct difficult negotiations with her.

For example on this great electoral reform wanted by the democrat of 80 years to protect the vote of the minorities, and that the senator had torpedoed at the beginning of the year.

On a purely political level, his defection undoubtedly damages the credit of Joe Biden, at a time when he maintains the suspense over a new presidential candidacy in 2024.

It is not the president’s fault for having given pledges to Kyrsten Sinema, with whom he had many conversations, and whom he had invited a year ago to speak on the lawns of the House- Blanche to celebrate the passage of a gigantic infrastructure program.

Again on Tuesday, while visiting a future factory in Arizona, Joe Biden had sung the praises of the senator, a “tremendous defender of the people of Arizona and a leader on many key issues for this state”.

Kyrsten Sinema’s decision to leave Joe Biden’s party is, however, a risky bet: her term as a senator expires in 2024 and the Democrats will be tempted to present another candidate against her.