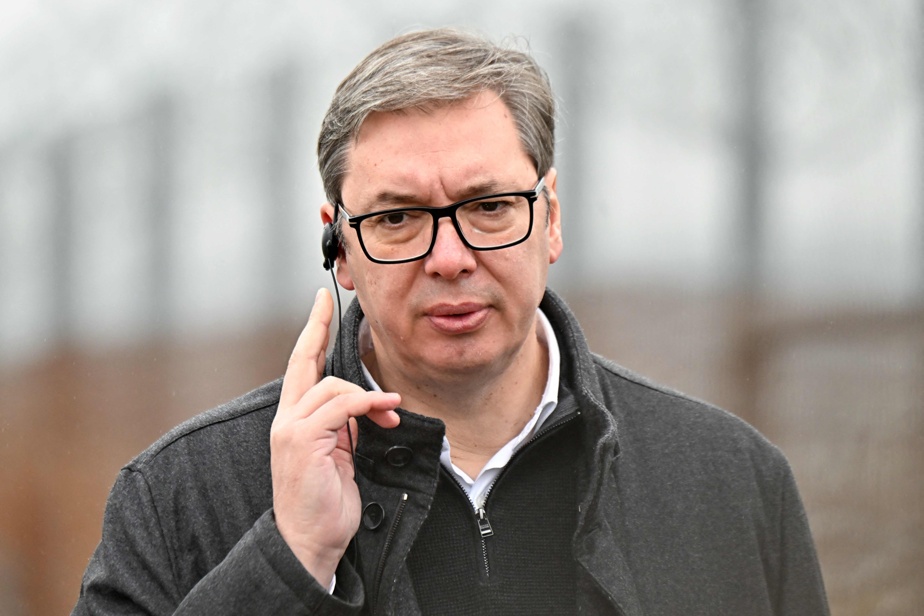 (Belgrade) Serbian President Aleksandar Vucic dispatched the army chief to the border with Kosovo on Sunday evening where Serbs erected barricades in a new rise in tension, announced General Milan Mojsilovic himself.

The Serbian army chief of staff, reached by telephone by Pink TV, said he was on his way to Raska, the town ten kilometers from the border with Kosovo, after talking with President Vucic in Belgrade.

“The tasks that the Serbian army got […] are specific, clear and will be fully implemented,” said General Mojsilovic.

“The situation there is complicated and complex, and it requires in the coming period the presence of the Serbian army along the administrative line”, the term that the Serbian authorities use to designate the border with Kosovo, said he added.

Serbia does not recognize the independence that its former southern province, populated overwhelmingly by Albanians, proclaimed in 2008.

Belgrade encourages the Serbs in Kosovo to challenge the local authorities, at a time when Pristina wants to establish its sovereignty over the whole territory.

Several hundred Serbs have been holding roadblocks in northern Kosovo since December 10 to protest against the arrest of a former Serbian policeman, paralyzing traffic to two border crossings with Serbia.

Shortly before General Mojsilovic’s departure for the border area, several Serbian media broadcast a video shared on social networks, in which we hear bursts of arms, claiming that these are “fights” that occurred at the beginning evening when Kosovar forces tried to dismantle a barricade.

This was immediately denied by the Kosovo police who said on their Facebook page that their members had not participated in any exchange of fire.

The media in Pristina, on the other hand, claimed that a patrol of the Kosovo Peacekeeping Force (Kfor) was in the firing zone, but that there were no injuries or damage.

For his part, the Kosovar Minister of the Interior, Xhelal Svecla, affirmed that the Kfor patrol had been attacked.

Kfor, which has recently reinforced its presence in the north, did not communicate on the incident.

At the beginning of November, hundreds of Serbian police officers integrated into the Kosovo police, as well as judges, prosecutors and other civil servants left their posts en masse, in protest against a controversial decision, and now suspended by the government of Pristina, to ban Serbs who live in Kosovo to use license plates issued by Serbia.