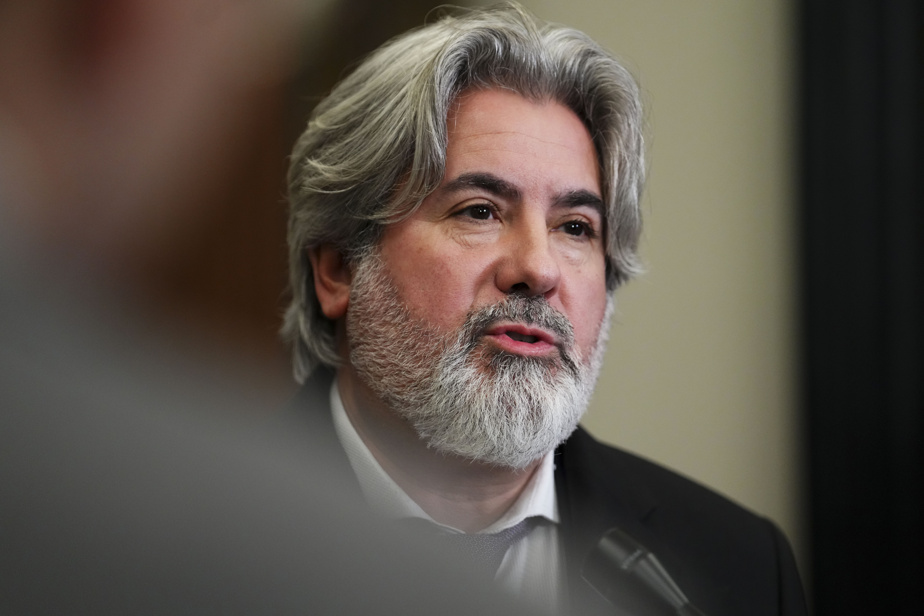 ” Sorry ! “Wrote the new owner of the social network, Elon Musk, on Wednesday morning, in response to a tweet from the Norwegian Ministry of Foreign Affairs, whose account had been hacked the previous day.

The ministry had been identified as a government organization of Nigeria.

“Although we value our excellent bilateral relations and our proximity in alphabetical order with Nigeria, we would very much appreciate it if you could call us Norway,” it was reported when calling on Twitter technical support.

“PS This also applies to the Prime Minister [Jonas Gahr Støre] and the Minister of Foreign Affairs [Anniken Huitfeld] “, concluded the ministry of the Scandinavian country.

The transformation that is underway in the social network on which the billionaire took control in October does not go unnoticed in political circles in Ottawa, where Twitter has become over the years an essential platform.

This is the case in the office of Minister Pablo Rodriguez, it was reported on Wednesday.

“Given the changing nature of the situation with regard to Twitter policy, we are monitoring the situation closely,” wrote in an email its publicist, Laura Scaffidi, in response to what happened with the Norwegian accounts.

Prime Minister Justin Trudeau’s office forwarded questions from The Press at the Treasury Board of Canada, which is the manager of government communications. The department in question did not respond.

For his part, Bloc member Martin Champoux believes that the Norwegian scenario raises “once again the question of security on digital platforms”, especially since “several governments and institutions use platforms like Twitter to communicate with the public”.

If the tangent that the social network is taking under the leadership of Elon Musk seems to worry elected officials in Ottawa, in the House of Commons, “we do not provide advice or directives to MPs with regard to their use of Twitter “Said Amélie Crosson, spokesperson for the office of the presidency.

The Conservative Party and the New Democratic Party (NDP) did not comment on the case.

“If you want to reach the population, Twitter is not the best place. It’s not a must-have as a platform,” she argues.

“In 2022, each person uses platforms differently to get information, so a politician has no choice but to have a strategy with a panoply of accounts on a multitude of platforms,” continues the speaker and tech columnist.

Minister Rodriguez is currently piloting two bills aimed at regulating web giants: C-11, on streaming platforms, and C-18, which would oblige web giants to pay for journalistic content published on their platforms.

Both face opposition from the Conservative Party, and are decried in the right-wing media. A representative of one of these organizations, the True North Centerthus challenged the big boss of Twitter on Wednesday about them.

Without naming the bills he was referring to, Andrew Lawton wrote that “Canada’s Liberal government wants to regulate internet content and delegate enforcement of ‘hate speech’ bans to social media companies,” and that he hoped to see Elon Musk get involved.

“It looks like an attempt to muzzle the voice of the people of Canada,” analyzed the entrepreneur.

To which Minister Rodriguez’s office replied that freedom of expression was “fundamental”, that the platforms could do “much more”, and that the government intended to “work with them to make their platforms safer for our children. and for all Canadians”.

Bill C-18 was passed Wednesday in the House of Commons. He is now taking over the leadership of the Senate, where Bill C-11 has been bogged down for several weeks.

The accounts of a few Canadian journalists, including Aaron Derfel (The Gazette), Catherine Gauthier (Radio Canada) and Hannah Thibedeau (CBC News) have been hacked over the past few days on Twitter.

Host Guy A. Lepage also got a taste of it, donning the fake virtual clothes of a seller of autographed MacBooks. “It’s really a shitty company,” he said in an interview with The Press.