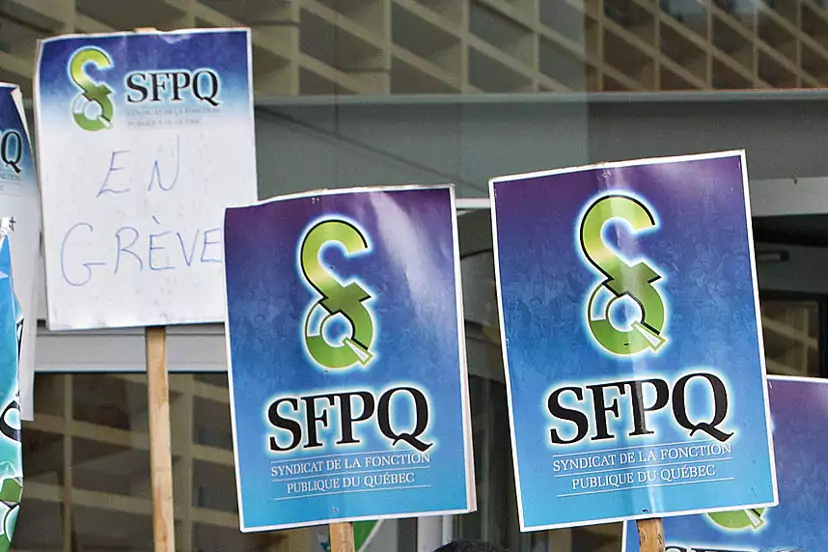 (Montreal) The union members of the public service of the SFPQ will finally hold their first day of strike on March 30.

These members of the Syndicat de la fonction publique et parapublique du Québec have recently given themselves a pressure tactics mandate of up to 10 days of strike action, to be exercised at the appropriate time. They had voted 81% in favor of such a mandate.

Some 26,000 of the 40,000 members of the SFPQ are affected. They work in different government departments and agencies. They are mainly office workers and technicians.

When he announced the result of the vote in favor of the strike mandate on March 7, the general president of the SFPQ, Christian Daigle, indicated that the union had set up a “heavy pressure or strike action fund” endowed with 15 million for two years, by deducting a special contribution of 0.7% of salary from its members.

The SFPQ collective agreement expired on 1er April 2020. The SFPQ has still not reached an agreement in principle to renew its 2020-2023 employment contract, unlike other unions in the public and parapublic sectors. The latter are currently busy consulting their members to develop their demands and relaunch the next negotiation.

The dispute with the SFPQ mainly concerns pecuniary issues. Mr. Daigle feels that the government lacks recognition towards its members. He claims that it is understaffed and that the civil service has become unattractive and struggles to retain its workers.

“What the Legault government is proposing to us is completely disconnected from the reality of the job market, the rise in inflation and the labor shortage. After more than two years of negotiations, this first day of the strike will be an opportunity for the employer to realize that our members’ patience has reached its limits,” he commented.