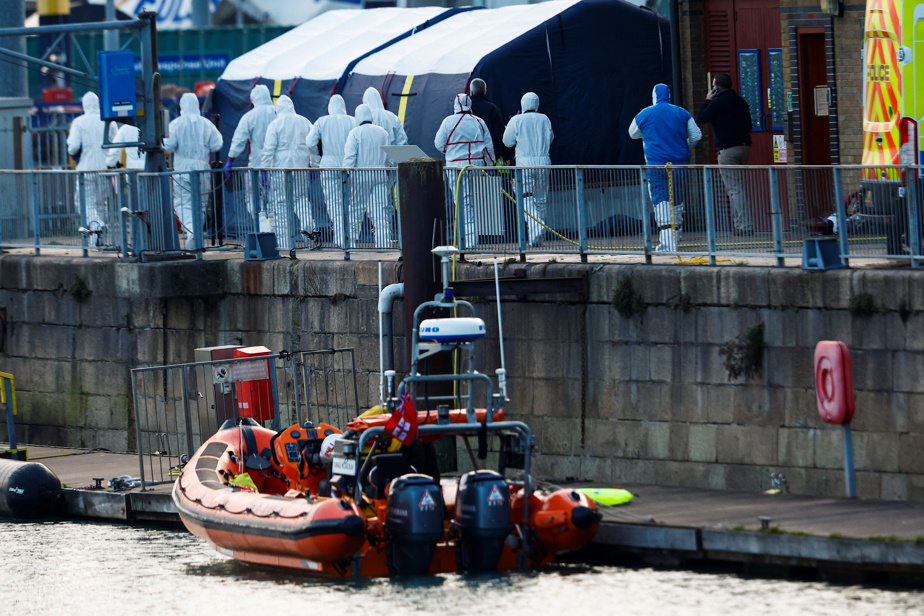 (Grande-Synthe) “Khalass” is enough: the day after another fatal shipwreck in the Channel, a young Iraqi father, who has been camping for months on the French coast, prefers to abandon his English dream. “Too many people have died” attempting the crossing, he said.

The 30-year-old, originally from Mosul, says his name is Sboika. Leaving Iraq in 2019, he has been gravitating for six months on the French coasts facing Great Britain.

“A 14-year-old friend left for England. And one day people called me to say he was dead. I can’t stay here, otherwise I risk dying too,” he said, while waiting for a hot soup served at a camp in Grande-Synthe, near Dunkirk.

Too many people died. I can’t sleep anymore. I don’t want my phone going unanswered one day and a friend calling my wife and two children to tell them that I disappeared at sea. I’d rather go back to Iraq, in the end it’s better than Europe.

Lance Sboika, with a bitter smile.

Wednesday’s shipwreck, which killed at least four people off Dover, is on everyone’s lips in this camp wedged between the refinery and the port of Dunkirk. Dozens of Afghans, Sudanese, Pakistanis and others bivouac there in the mud.

But the tragedy is far from discouraging the desire to leave, any more than the cold, which further increases the risk of crossings: with water currently below 10°C, the chances of survival are slimmer than ever in the event of a damage.

The path leading to the tents is still lined with ice despite the midday sun. And the wind pierces the thin damp coats.

“What do you want us to do there… We want to cross, so we’re waiting here”, launches, fatalistic, a thirty-year-old Afghan, his eyes glued to his phone. He throws bits of pallets, plastic wrappers and leftover food to fuel a weak flame.

Ali, a 22-year-old Sudanese, has the enthusiasm of newcomers: he arrived in France two weeks ago, via Malta. “It is horribly cold. We have blankets, but yesterday it rained so it’s wet, and then our things are regularly taken by the police,” he laments.

But he smiles: he is almost there, he thinks, and intends to pass “as quickly as possible”.

“I’m waiting for the right time to go to sea,” adds Salif Sineba, a 22-year-old Malian who dreams of becoming a soccer player in Great Britain.

“In Libya too I could have died” crossing the Mediterranean to Italy, “but there, England is really not far away”.

According to Claire Millot, head of the Salam association which feeds the migrants, they leave “as soon as the sea is calm”, because of “the deplorable living conditions”.

“They are in the mud, without toilets, without water points. They don’t all have a tent because of the dismantling,” she continues. “If we want to prevent them from leaving, we have to welcome them into our home. »

More than 50,000 people have attempted the crossing since 1er January, a new record since the beginning of the phenomenon in 2018, despite an agreement signed in mid-November between London and Paris to fight against illegal migration.

According to the migrant support association Utopia, around 800 people are staying in Grande-Synthe and around as many in Calais.

“Departures do not decrease in winter”, emphasizes Charlotte Kwantes, coordinator of the association. “As soon as the conditions are met, the departures are more intense and the services find themselves overwhelmed. »

The night of the sinking, the association claims to have warned the emergency services at 3 a.m., but to have noted no rescue operation before 4 a.m. on the ship tracking applications.

She hopes for “an investigation” into a possible failure of the rescue services, already implicated in the sinking which killed 27 people in November 2021. The investigation is still ongoing.

The French authorities, for their part, affirmed on Thursday that they had given “all their support and assistance to the British authorities throughout this operation”, coordinated by London.