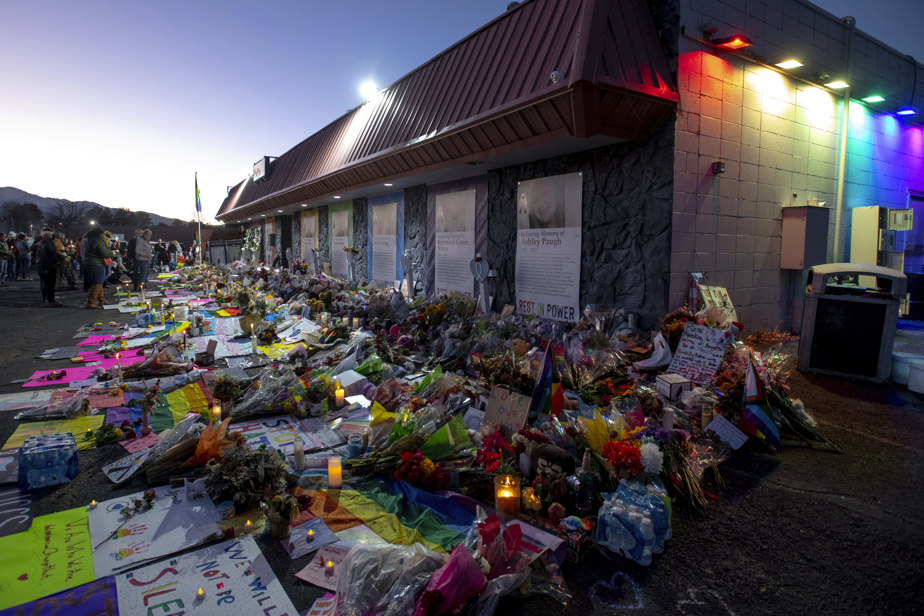 (Colorado Springs) A US judge warned in 2021 that the person who opened fire at an LGBTQ + nightclub in Colorado this fall had obtained weapons and was planning a shooting. According to the judge, the suspect needed psychological follow-up, otherwise “it’s going to be very bad”.

Judge Robin Chittum’s comments, made in August last year, were revealed in court documents obtained by The Associated Press. They add to other warning signs that were available to authorities about Anderson Aldrich’s increasingly violent behavior prior to the Nov. 19 shooting at Club Q in Colorado Springs.

Five people were killed and 17 others were injured in the shooting.

Judge Chittum issued the warning during a preliminary hearing in another case, in which Aldrich was accused of abducting his grandparents. The document consulted by the Associated Press was under a publication ban until last week.

“You’re definitely preparing for something else,” Judge Chittum told Aldrich in court, after the defendant testified to an affinity for firearms and a history of mental health issues.

“It had nothing to do with your grandmother and grandfather. Your goal was to shield all those guns, try to make a bomb, and make statements about other people involved in some kind of shooting,” the judge mentioned.

The 2021 charges against Aldrich — who got his hands on explosives and allegedly talked about plans to become the ‘next mass killer’ before engaging in an armed confrontation with SWAT teams — were dismissed in a a four-minute hearing during which the prosecution did not even plead to keep the file open.

Judge Chittum received a letter signed by relatives of the grandparents last year warning that Aldrich would “certainly” commit murder if released. Even so, he granted the defense lawyers’ motion to dismiss the case, as a deadline was looming to bring him to justice.

The details surrounding the failed 2021 lawsuits — laid out in 13 court transcripts obtained by The Associated Press — paint a picture of the potential missteps that took place during the legal proceedings and raise further questions about whether enough was done to prevent the recent mass shooting.