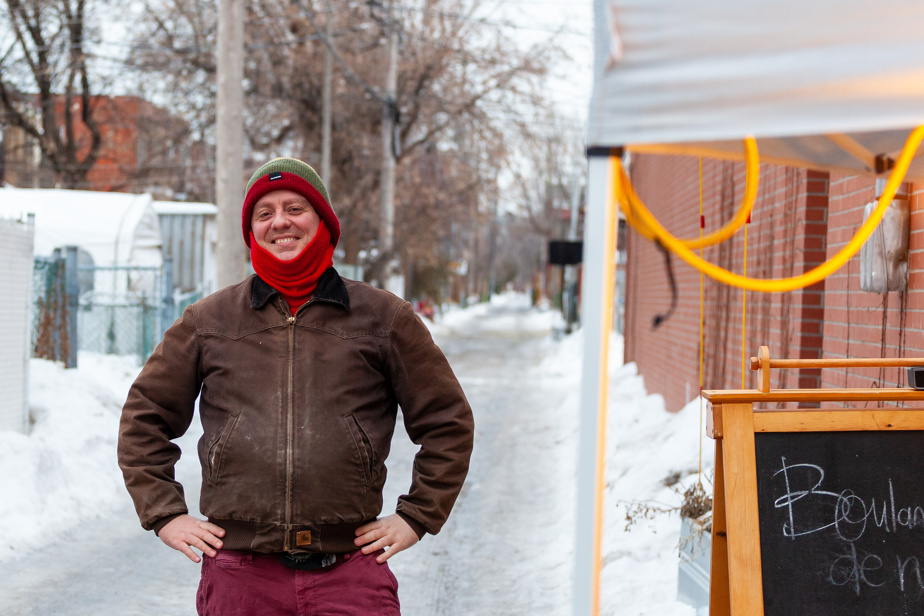 Luc-Antoine Cauchon likes to be behind the stove. For this graduate of the Institut de tourisme et d’hôtellerie du Québec (ITHQ), the pandemic has “complicated” the practice of the profession of cook.

After working for some time in a bakery, the man, who, to “get bored”, enjoyed making bread, biscuits and buns for his neighbours, decided to start his own business. It is now in his kitchen that he kneads his dough and sells bread… in the alley to earn a living.

Like the producers who sell baskets of organic vegetables, Mr. Cauchon distributes his baskets of breads and sweets on a weekly basis, in the alley located about 15 m from his home, hence the name of his company. , Lane Bakery. Orders are placed in advance. He therefore knows exactly how much to produce. Subscribers pay a sum of $250, which allows them to have a family basket for 10 weeks, and they pick up their bread and other fresh baked goods every Wednesday, in the alley behind the Théâtre aux Écuries, located in the Villeray district in Montreal. Luc-Antoine Cauchon transports his baskets to his stand using a wheelbarrow.

If its modus operandi is different from what many other companies do, how original is opening a bakery in a neighborhood that is already well served “on the bread side”? “What we have in the neighborhood are either North African or Italian bakeries,” he replies. There isn’t a lot of organic sourdough bread. It’s what we offer that sets us apart. »

This is [un concept] almost zero carbon and zero waste. What makes me uncomfortable with baking in general is that there is so much waste…

“I equipped myself at home. I don’t have a commercial oven, no big equipment. I have a few more fridges. It’s a business model that puts the craftsman back at the heart of the patent, without it costing $200,000 in investment, without having a crazy lease,” says Mr. Cauchon.

When subscribers come to pick up their basket, the bread is still lukewarm, underlines the baker who likes the user-friendliness of his formula. When customers come down the alley to pick up their order, he has plenty of time to chat with them and get their feedback. “A lot of times when you’re a cook or a baker, you work behind the scenes, you don’t see the customers, you don’t hear their comments. There, I deliver the goods directly to them and we chat. »

Luc-Antoine Cauchon is still in his first weeks as an “alley baker”. At the moment, he has 20 subscribers and wants to double his number of customers. “If I’m able to live off 40 clients, do I need to get bigger? he wonders. I know it’s not in the air to say to each other small is beautiful… »

His wish would be more to share his knowledge with other aspiring bakers who, like him, would like to knead bread in their kitchen. “I would find it interesting to pass the torch to others. It could make babies. Whether there is an alley baker in Hochelaga or an alley baker in the Centre-Sud, I would find that wonderful. »