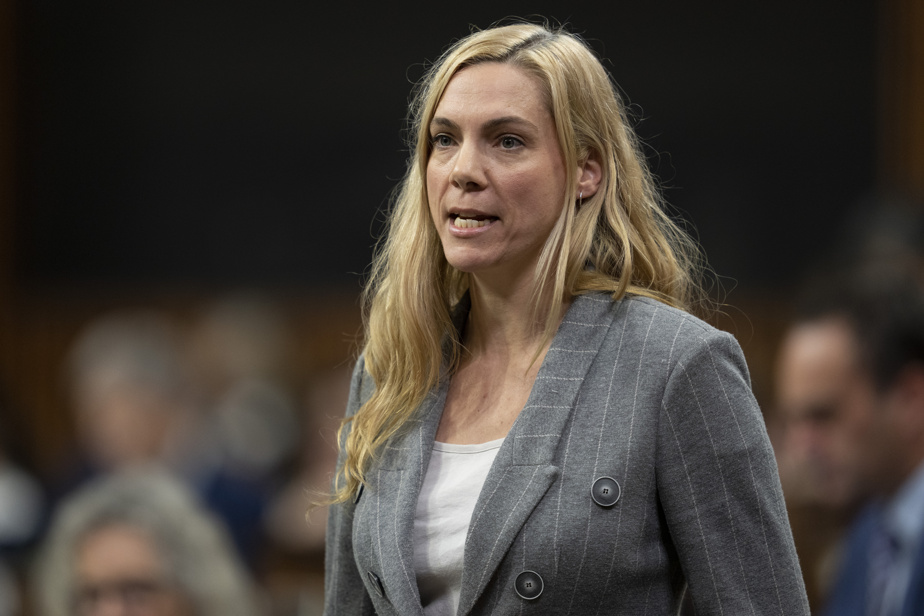 (Ottawa) If the federal Minister of Sports, Pascale St-Onge, chose not to travel to Qatar to encourage the Canadian soccer team, it was out of solidarity with the migrant workers who perished in the worksites and towards the LGBTQ+ community.

“Everyone knows that I am a trade unionist and gay, and that I am very sensitive to the issue of human rights everywhere in the world,” said the minister in a statement sent to The Press by his office on Monday evening.

“As part of the World Cup in Qatar, which is controversial in many respects, the issues of workers’ rights and the LGBTQ2+ community had to be raised,” added the former president of the National Federation of Communications (FNC -CSN).

They had to be approached by “the right person”, namely Harjit Sajjan, Minister of International Development, who represented the Government of Canada at this sporting event, pleaded Mr.me St-Onge.

The government’s choice to send her there to the small Gulf emirate “was taken in support and solidarity”, concludes the minister, who would not have exposed herself to any sanction from the Qatari authorities because of her sexual orientation if she had been there.

His decision has nothing to do with the calls for a diplomatic boycott by the Bloc Québécois and the New Democratic Party – the Liberal government sent a minister anyway, and a Conservative MP joined him.

Bloc Québécois MP Alexis Brunelle-Duceppe, spearhead of the request for a diplomatic boycott of the World Cup in Qatar, wonders why Minister St-Onge did not communicate her decision before Monday.

“The government had been questioned in the week preceding the inauguration of the World Cup. We got no response in the House. So either we don’t respect the House, or we don’t have the courage to say it in public, ”he reacted in an interview.

The Bloc Québécois had been approached to be part of the trip to Qatar, but refused, he also indicated.

Ahead of the quadrennial high mass of men’s soccer, migrant workers perished in the construction sites of the stadiums where the matches are currently being presented. The number of victims remains unclear, but they would be at least 6,500, according to The Guardian.

Qatar violates, in addition to workers’ rights, the rights of members of the LGBTQ+ community. Homosexuality is illegal there; same-sex relations are punishable by up to seven years in prison.

FIFA has threatened to punish athletes and teams for showing support for LGBTQ+ rights. The House of Commons unanimously denounced the federation for this decision in a motion adopted on November 22.

The Canadian team was eliminated from the World Cup after its three preliminary round matches, defeats against Belgium, Croatia and Morocco.