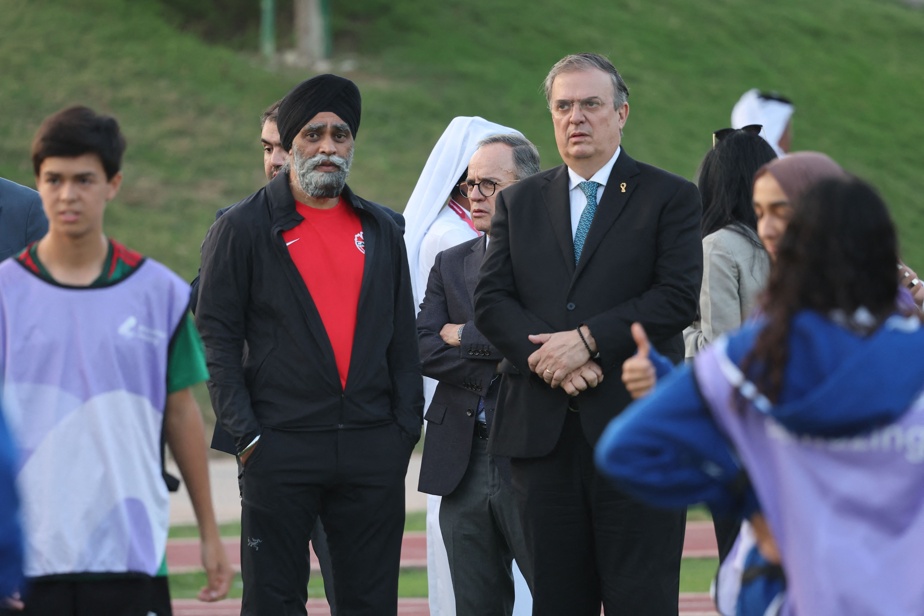 (OTTAWA) International Development Minister Harjit Sajjan is facing opposition criticism for failing to make a public statement on human rights during his visit to Qatar for the World Cup. soccer world.

“If we don’t raise the issue of human rights when we are in countries where we know human rights abuses are taking place, we have no moral authority,” the NDP spokeswoman said. on foreign affairs, Heather McPherson.

Mr. Sajjan attended the World Cup on behalf of the Trudeau government, as the Canadian men’s team competed there for the first time in years. He met with US Secretary of State Antony Blinken and local officials.

Yet Sajjan’s social media posts make no mention of the host country’s mistreatment of migrant workers — which are documented — or of the emirate’s anti-LGBTQ policies.

These concerns have led some broadcasters and players to sport armbands that read “One Love”. The German team meanwhile covered their mouths when their official photo was taken.

Sajjan’s office responded that he was unavailable Thursday for comment as he returned to Canada.

Labor Minister Seamus O’Regan, who is gay, said he felt split on the issue.

I’ll be honest, it’s very divisive. I encourage my team, I encourage my country and (I only want) the best. But I will tell you that it is a bit difficult.

Mr O’Regan added that he could not speak on Mr Sajjan’s behalf, but noted that the government had expressed concerns about Qatar before the event began.

“We know exactly where we are; we made our displeasure clear,” he said.

The NDP had called for a diplomatic boycott of the soccer World Cup.

“This government has once again shown that it does not really care about human rights,” added Ms.me McPherson.

On Monday, MPs passed a unanimous motion condemning the International Federation of Association Football (FIFA) for threatening to sanction players who wore ‘One Love’ armbands. The motion argued that “international sports institutions have a moral obligation to support players and fans in advancing the fight for equality and against homophobia, transphobia and all forms of discrimination in sport”.

The captains of several European teams have scrapped plans to wear a ‘One Love’ armband after soccer’s governing body FIFA warned they would face on-field sanctions.

This month, Amnesty International chastised Soccer Canada for its “deafening silence” on the thousands of workers, mostly from South Asia, Southeast Asia and Africa, who “have been victims of abuse work, extremely low wages and other forms of exploitation”.

Amnesty noted that peer federations in Britain, the United States, France and the Netherlands have all endorsed calls for the creation of a compensation fund for migrant workers who were mistreated during the Qatar’s preparation for the World Cup.

The Tories did not comment directly on Mr. Sajjan’s actions. Instead, MP Michael Chong said his party preferred the World Cup to be hosted by countries with better reputations, citing a bid by Ukraine to co-host the 2030 tournament with Spain and Portugal. .

“Conservatives condemn in the strongest terms all human rights abuses around the world and stand ready to work with our democratic allies to support human rights,” Chong wrote in a statement.

The Bloc Québécois had also called for a diplomatic boycott and deplored Mr. Sajjan’s presence in Qatar. “Canada has no excuse to turn a blind eye to human rights abuses,” MP Martin Champoux wrote on Twitter on Monday.

During the 2008 Olympics in Beijing, the Liberals urged the Harper government to raise the issue of human rights in China.