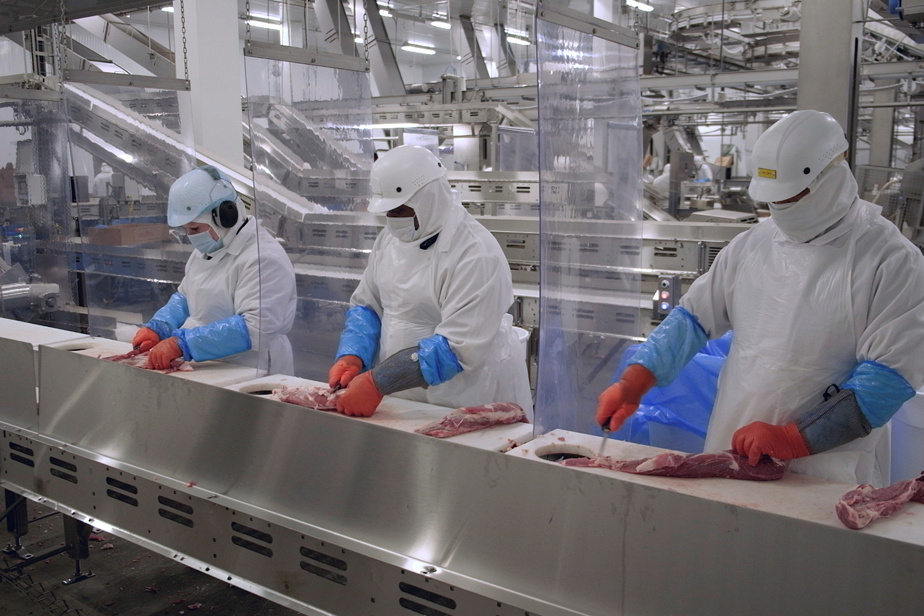 The Sollio agricultural cooperative is in serious financial difficulties. Terrible news for the Quebec agri-food industry.

The giant with its 8.2 billion dollars in revenue and its 16,150 employees lost money in 2021 in two of its three main divisions.

Sollio owns 84% ​​of Olymel, the leading pork processor in Quebec. Pork meat is one of the province’s most important export products with revenues of 2.1 billion in 2020. There are nearly 2,000 pig farmers in our countryside.

Olymel suffered an operating loss of 60.2 million in 2021. The figures are not yet available for 2022, but this division, which also processes poultry, does not make money, several sources told The Press.

Olymel has long been the cash cow of its parent company, representing approximately 50% of its revenues.

Sollio, the former Coop fédérée, is also active in agricultural products such as fertilizers, seeds and grain. It also owns the BMR hardware chain and is active in the sale of petroleum products with Sonic.

Its Agricultural division (grains) is also in financial difficulty with an operating loss of 22 million in 2021, in the absence of more recent data. Sollio does not disclose quarterly results.

Jobs in slaughterhouses, despite an increase in wages, are not the most popular jobs in a context of labor shortage. Slaughterhouses will concentrate their workers on the slaughter line, but will lack workers to cut value-added parts. They find themselves with primary cuts with low profitability.

“We realized, with the labor shortage, that we had to better devote our workforce to added value,” says Richard Vigneault, communications manager at Olymel. “So we reduced our purchases of pigs [de 530 000 par année à partir de mars 2022] to reduce culling and be able to dedicate our workforce to value-added parts. Honestly, we had to refocus on profitability. »

Last September, the coop announced the closure of six grain elevators in southwestern Ontario and their subsequent sale. At the end of October, it was the sale of its 50% shares in the Jefo logistics company, of Saint-Hyacinthe. In its 2021 annual report, Sollio had targeted assets held for sale worth $100 million.

It hopes to solve its labor problems by relying heavily on temporary foreign workers, but the state’s processing of applications is bogged down.

The coop has already received assistance from Quebec in May 2021. “The government and Investissement Quebec have invested $150 million in equity in Olymel to support its development and strengthen its competitiveness,” Jean-Marc said by email. Pierre D’Auteuil, spokesperson for the Quebec Ministry of the Economy.

The recent construction of four grain silos in Quebec at a cost of 110 million turned out to be a financial drag. Unlike pork processing, where the sales cycle is rapid and money flows rapidly, grain processing is much slower with a long storage period. In addition, the Anse-au-Foulon silos are underutilized and were put up for sale last June. No transactions have materialized yet.

Debt of 800 million to renegotiate

“In 2021, Sollio did not comply with the financial ratios imposed in his debt contract,” notes Jean Bédard, CPA and professor at Laval University, who studied his financial results. The $1.3 billion credit facility, of which about $800 million is drawn, matures in June. “I’m not saying that Sollio will not get his loan, but the conditions will be much more severe, in the sense that it will cost more,” he adds.