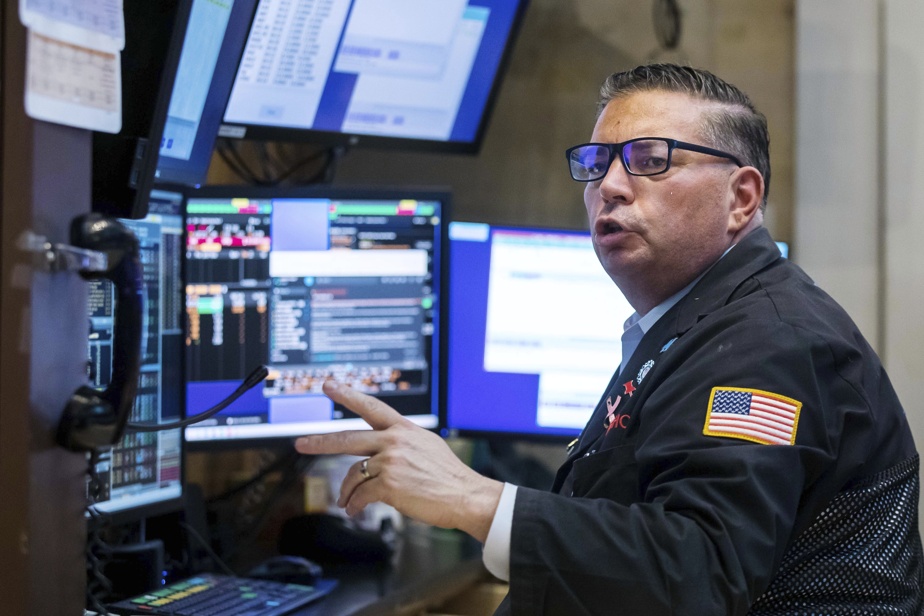 (New York) The New York Stock Exchange offered a rebound on Wednesday, fueled by the moderate tone of the President of the American Central Bank (Fed) and the announcement of the resumption of Russian-Ukrainian talks.

Another jump in crude oil prices and support from the financials sector after the Bank of Canada raised interest rates helped the Toronto Stock Exchange’s flagship index reverse losses it had suffered. accumulated since the beginning of 2022.

In the currency market, the Canadian dollar traded at an average rate of 78.94 cents US, up from 78.69 cents US the day before.

In both Canada and the United States, investors were sensitive to the cautious tone of Fed Chairman Jerome Powell speaking before the House Financial Services Committee, according to Jack Ablin, chief strategy officer. investment at Cresset Capital.

Although he announced a quarter-point increase in the institution’s key rate at the end of its meeting on March 15 and 16, the official delivered a measured message, which suggests a very gradual monetary tightening. .

“We will proceed in a cautious way,” he said during his hearing. “We will avoid adding uncertainty to what is already an extraordinarily difficult and uncertain period. »

Investors also welcomed the announcement of a new round of negotiations between Ukrainian and Russian envoys on Thursday, which should include a possible ceasefire.

“There is the perception of progress between Russia and Ukraine,” commented Jack Ablin, even if the fighting continued, especially in Kharkiv, the country’s second city, on the seventh day of the Russian invasion of Ukraine.

The analyst mentioned, to illustrate the impression of investors, the fall in the values ​​of the defense and armaments sector, such as Lockheed Martin (-1.45%) or Raytheon (-1.94%), boosted these last sessions by the Russian attack on Ukraine.

The easing was also flagrant on the bond market. The rate of 10-year US government bonds thus rose from 1.69% initially to 1.90%, an unusual jump in a market where variations are often measured in hundredths of a percentage point (0.01 point) .

For analysts at Briefing.com, the fact that equity markets rose despite a new bout of oil fever “could be attributed to the belief that crude prices have peaked”.

ExxonMobil was sought after (+1.72% to 80.53 dollars) despite the announcement of the withdrawal of its last major project in Russia, the American thus imitating its competitors BP, Shell or Eni.

Another track from Wednesday’s fine session on Wall Street, again according to Briefing.com, is that of a technical rebound after a too marked drop in recent days.

After having fallen significantly since the start of the invasion of Ukraine, the two largest global capitalizations, Apple (+2.06%) and Microsoft (+1.78%), have regained color.

As for Ford, it benefited (+8.38% to 18.10 dollars) from the announcement of the creation of an entity dedicated to its electric cars (Ford Model e), distinct from its traditional activities, now gathered under the Ford Blue brand.

The historic American manufacturer has also quantified the investment it intends to devote to electricity at 50 billion dollars.

The department store chain Nordstrom spent the session in orbit (+37.82% to 26.93 dollars) after the publication of results above expectations and forecasts deemed positive for the current fiscal year.