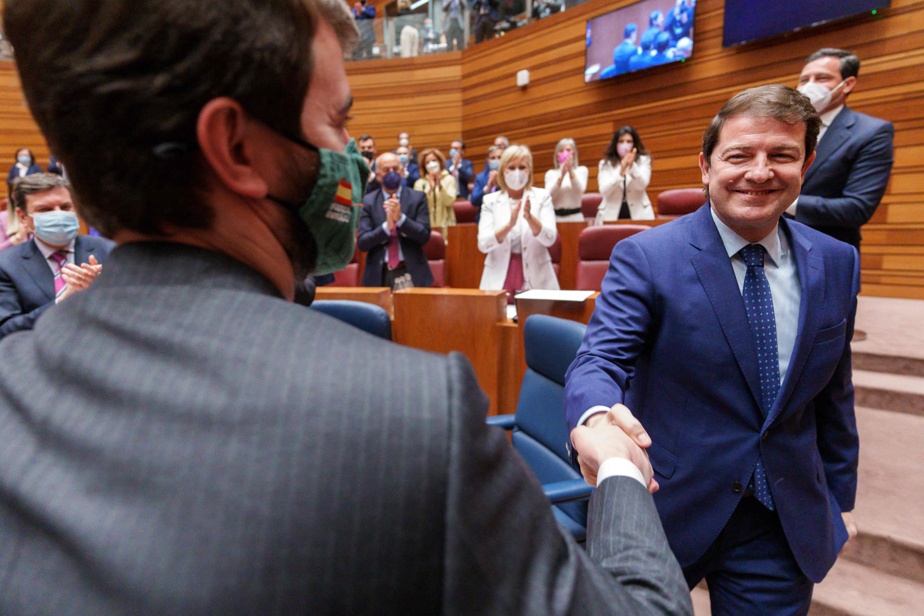 (Madrid) The first regional executive in Spain in which the far right will govern, alongside the conservatives, obtained the green light on Monday from the regional parliament of Castile and León, an event without precedent in more than four decades since the return of democracy to the country.

Alfonso Fernández Mañueco, of the Popular Party (PP, right), will govern in coalition with the far-right Vox party this rural region of 2.4 million inhabitants located north of Madrid, and stronghold of the right for 35 years .

Vox will have three regional “ministries” and will also take over the presidency of the regional parliament.

A first for this party which, until then, had been at most a parliamentary support of regional executives.

In February, during the snap elections in Castile and León which saw the victory of the PP, Vox won 13 seats out of 81, despite holding only one. What to obtain, with the conservatives, the absolute majority.

“This coalition government [est] a possible alternative for all of Spain,” Vox leader Santiago Abascal told reporters. , which will take place in less than two years.

In a decentralized country where the autonomous communities have broad powers, Vox, an ultra-nationalist and anti-immigration party that its detractors accuse of being nostalgic for the Franco dictatorship (1939-1975), could make this region a laboratory for ideas.

“We do not hide the government’s concern about the fact that the far right is responsible in the government” of Castile and León, reacted to the Antena 3 channel the spokesperson for the left-wing central government, Isabel Rodríguez, criticizing the fact that “the Spanish right embraces the extreme right”.

Vox was founded in 2014 and its electoral results were marginal until its entry into force at the end of 2018 in the parliament of Andalusia (south), bastion of the left and the most populated region of Spain.

In the 2019 legislative elections, Vox became the third force at the national level, behind the Socialists and the Conservatives, with 52 deputies out of the 350 in the Spanish Congress.

Polls indicate that he could progress in the next general elections, and even approach an absolute majority with the PP.