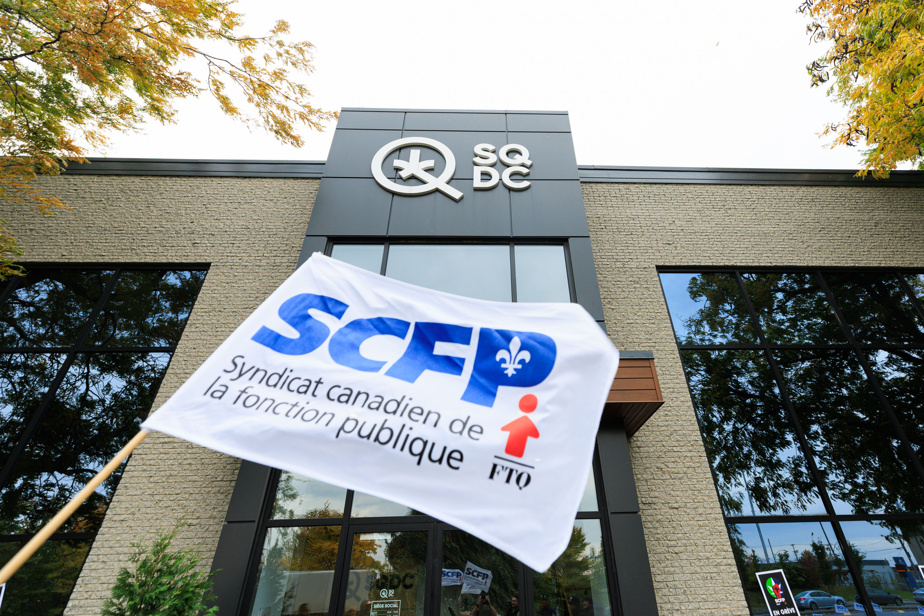 (Montreal) After six and a half months of strike, union members of the Société québécoise du cannabis (SQDC) rejected the last global offer by a majority of 94%.

A general and indefinite strike affects 24 branches of the SQDC, whose workers are members of a local section of the Canadian Union of Public Employees (CUPE) affiliated with the FTQ.

“We take note of the results of the vote,” commented the management of the SQDC.

According to the union, the employers’ global offer was tabled on December 6, after more than six months of strike action. Mr. Clément maintains that it resembled the July offer, with some additions in lump sums and a contract in force for five years.

The management of the SQDC, however, argued that in July, it was not really an offer, “only discussions that took place at that time”. The December 6 offer would therefore be “the first comprehensive offer that we have presented at the negotiating table”.

“Out of respect for the parties involved and the process that is underway with the conciliator appointed by the Ministry of Labour, we will not comment on the status of the negotiations or the nature of the offer that we tabled last week,” said added management.

However, CUPE members in 26 branches clearly did not want it, since they rejected it in a proportion of 94%. And the rejection was even unanimous in 17 branches, noted Mr. Clément.

“Our bosses wanted irrefutable proof; the results of the votes are unequivocal; our members want to be treated with respect. The employers’ committee wanted a vote on its overall offer, it was served, ”launched Mr. Clément.

Also, in one of the unionized branches of CUPE, but which is not affected by the strike, in Neufchâtel, CUPE asked the Ministry of Labor to appoint an arbitrator in order to develop the content of the first collective agreement.

Most of the dispute now relates to wages, since the standard clauses have been settled.

CUPE believes that salaries at the SQDC are similar to those of the retail trade rather than those of a Crown corporation. CUPE members earn $17.12 an hour when hired.

The management of the SQDC, for its part, pointed out that “all of the councilors of the Company, with the exception of those who work in branches represented by CUPE, benefit from an hourly rate of 19.01 $/h at the entrance, and this, since July 3, 2022”.

After six and a half months of indefinite strike, “the ball is in the court of the SQDC” after this latest rejection of the employer’s offer, believes Mr. Clément.

The SQDC says it is always open to negotiation. “We always remain available and ready to sit down at the negotiating table to continue the discussions, as soon as the conciliator calls the two parties together again. »

The SQDC pointed out that its branches remain open despite the strike. “The SQDC is making efforts to maintain its customer service in its branches, including those affected by the strike, which remain open, but at reduced hours. Customers also still have access to online purchases. »