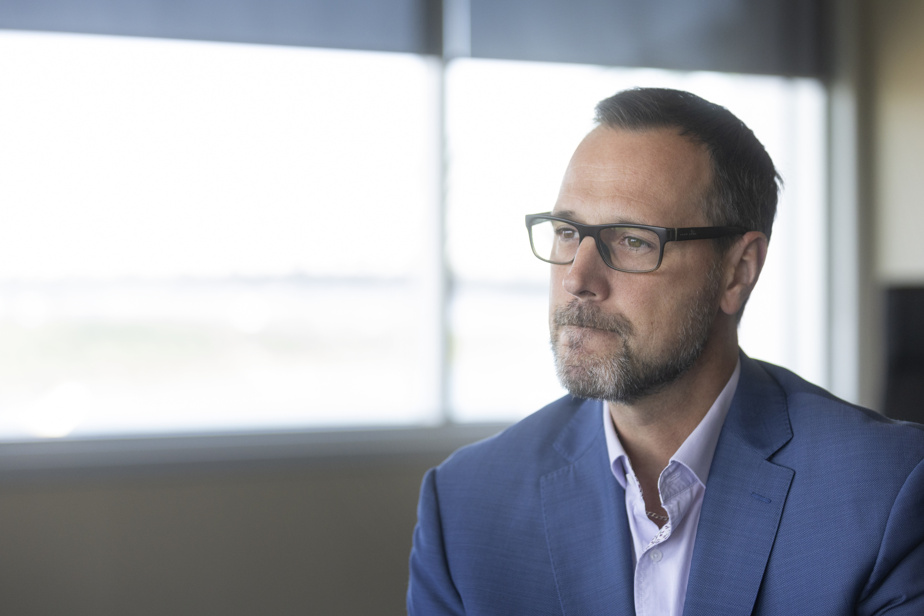 The federal Conservatives pulled a rabbit named Jean-François Roberge out of their hats on Thursday at the hearings of the Standing Committee on Official Languages, which is considering Bill C-13 in Ottawa to modernize the Official Languages ​​Act.

The Quebec minister, responsible among other things for Canadian Relations and the Canadian Francophonie, felt the need to intervene following the unexpected tabling, on Tuesday, of a motion by the Liberal Marc Serré.

Mr. Serré’s motion, which seeks to speed up work on Bill C-13 so that it can be passed before Christmas, angered the Conservative and Bloc members of the Committee who see it as a form of gag, but it also provoked an entirely unexpected reaction from Minister Roberge.

Absent Thursday, the Conservative Vice-Chair of the Committee, Joël Godin, had presented an amendment to the Liberal motion on Tuesday to try to extend the work and the Bloc Québécois Mario Beaulieu had in turn tabled a sub-amendment aimed at extending this deadline even further. .

Once the Bloc subamendment was rejected and while we were discussing Mr. Godin’s amendment, his Conservative colleague, Bernard Généreux, revealed that Minister Roberge had contacted Mr. Godin’s office to tell him “ very serious concerns about the Liberal motion currently on the table.

Mr. Généreux argued that this intervention by the Quebec minister was a game-changer and he sought to introduce a new subamendment to “give Quebec the opportunity to testify or submit its positions before the tabling of the amendments in order to protect its [propres] amendment requests.

Committee Chairman René Arseneault was confused, pointing out that “Quebec refused to come” to testify at the hearings.

Bernard Généreux replied that “in light of the communications that there have been between the Government of Quebec this morning and Mr. Godin’s office, I think it is in our interest to invite them back because they have concerns very important compared to the current motion” of the Liberals.

NDP MP Niki Ashton was equally confused: “We have a letter dated October 13 signed by Martin Koskinen, the chief of staff to the Premier of Quebec, who tells us that they sent us all the amendments they wanted to propose to the committee and black and white, it says that they are not going to testify at the committee. It’s not a letter from six months ago, it’s a letter from two weeks ago,” she said.

“Are we playing politics? »

“I greatly appreciate that Mr. Godin’s office was called, we take him seriously, but what I don’t understand is how the Quebec government, even the director of the Prime Minister’s office , can tell us: no, we are not coming, but suddenly he is coming. So are we playing politics or do we want to move forward with our work on a historic bill so that we can make a difference for the Quebec nation and Francophones across Canada? “, she launched.

Liberal Marc Serré, the very man who tabled the controversial motion on Tuesday, seemed just as bothered by Minister Roberge’s intervention: “The Government of Quebec submitted [ses] recommendations, [ses] amendments to the bill. They said they weren’t coming to the committee, so I’m not sure why, now, there is a dialogue with the Conservative Party, with the Government of Quebec, that suddenly things are changing. »

“We already have the amendments proposed by the Government of Quebec, which is good. I’m not sure why the Conservative Party is suggesting this amendment, other than [pour] delay the bill again,” he said.

Bernard Généreux repeated that his sub-amendment “stipulates the importance of the province of Quebec and its needs in relation to the Canadian and Quebec Francophonie”.

Mario Beaulieu, for his part, argued that Minister Roberge’s intervention was entirely justified because of the Liberals’ attempt to shorten the debate: “The Government of Quebec could not have known that there would be a gag order and that debate would be limited and that their demands would probably not be heard. »

The session ended without any decision being able to be taken due to lack of time.