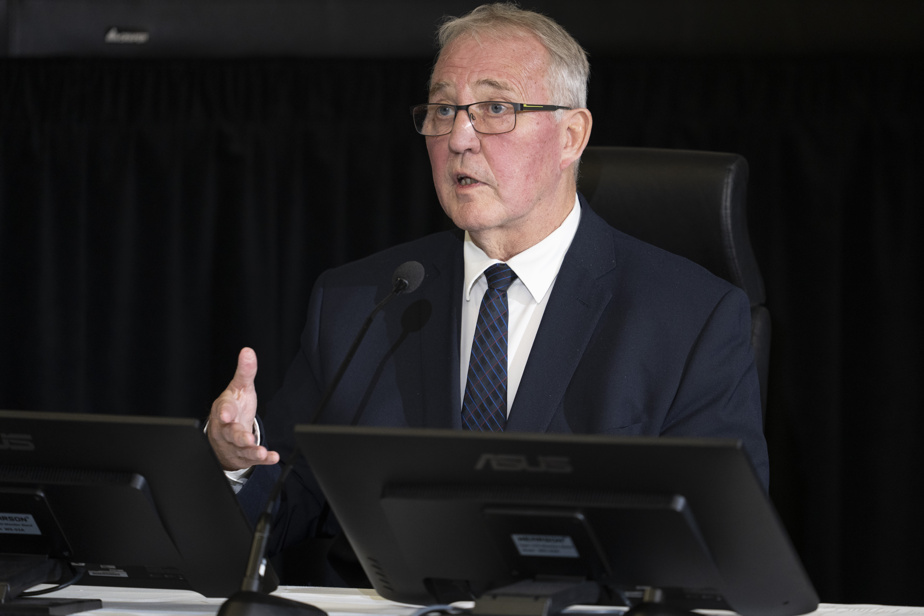 (Ottawa) Truck convoys to oppose sanitary measures became a “matter of national emergency” as soon as they began to block infrastructure essential to the Canadian economy, according to the Minister of Emergency Preparedness, Bill Blair. He testified at the Emergency Measures Commission on Monday afternoon.

“I perceived it as an escalation,” he said, recalling in passing that employees were laid off because factories in Windsor had to close temporarily, for lack of parts because the Ambassador Bridge was blocked.

The stoppage of the circulation of goods and services “had a huge impact” on the Canadian economy and the minister considered that the situation had reached the level of national emergency, added the one who led the Toronto police for ten year. Blair also said the large seizure of weapons from the convoy in Coutts, Alta., has also “raised the level of concern for public safety.” This indicated that there might be people among the protesters who intended to commit violent acts.

The federal government declared a state of emergency on February 14, just over two weeks after the “freedom convoy” arrived in Ottawa and the blockade of the Coutts border crossing began. Another convoy of trucks had been blocking the Ambassador Bridge for a week.

The public inquiry led by Judge Paul Rouleau must determine whether the historical recourse to Emergency Measures Act was justified. This is one of the safeguards included in this emergency legislation.