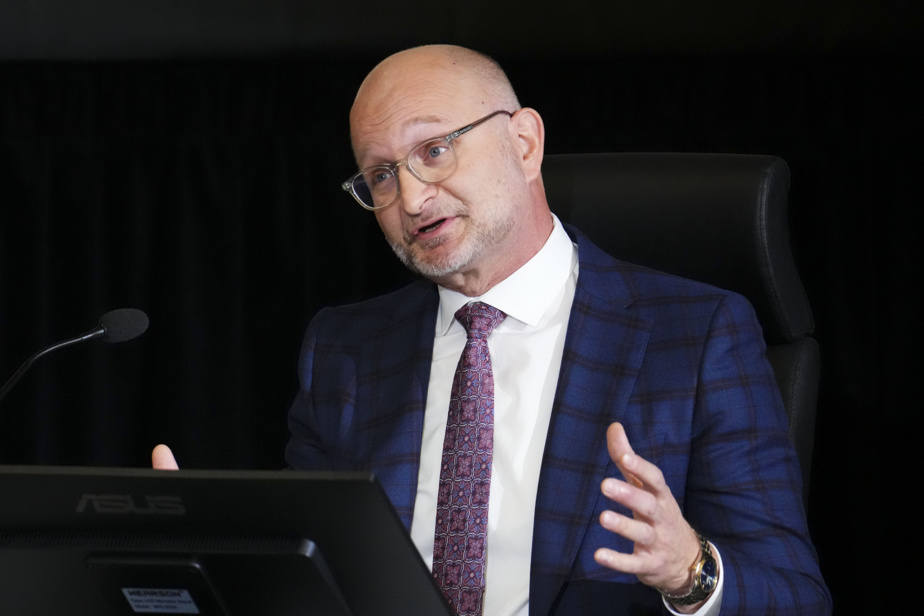 (Ottawa) The Minister of Justice and Attorney General of Canada, David Lametti, spoke about the use of the Emergency Measures Act two days after the “freedom convoy” arrived in Ottawa. He also urged Public Security Minister Marco Mendicino to put pressure on the police to end the protest and even suggested calling in the army.

Text exchanges presented in evidence to the Emergency Commission on Wednesday shed new light on behind-the-scenes conversations in government.

“Do we have a [plan de] contingency for these trucks to be removed tomorrow or Tuesday? (If they were black or indigenous),” he asks his chief of staff, Alex Steinhouse, on January 30. The first trucks had arrived in the federal capital two days earlier and blocked several streets in the city center.

“What normative power do we have or is an order necessary? EA? “, he continues, referring to the English acronym of the Emergency Measures Act.

Mr. Steinhouse replies that he has not been told “about a contingency plan to remove anyone”, but that it should “come from the City of Ottawa and Ontario”.

Minister Lametti said he played it safe. “I knew we had to start thinking about it, whether it becomes an option or not,” he explained. During the pandemic, the government considered resorting to the Emergency Measures Act without, however, taking action.

He also said he wondered if the police acted the same way with the participants of the “freedom convoy” as they would with indigenous or black protesters. This question of double standards has been raised several times since last winter.

A few days after having mentioned a possible recourse to the Emergency Measures Act with his chief of staff, Minister Lametti addresses the Minister of Public Security, Marco Mendicino, by text message and urges him to do something.

“You have to get the police moving,” Mr. Lametti wrote less than a week after the protesters arrived in Ottawa. And the CAF [Forces armées canadiennes] if necessary. Too many people are seriously affected by what is an occupation. I will leave as soon as possible. »

“How many tanks are you asking for?” replied Mr. Mendicino. I just want to ask Anita [Anand] how many we have available. »

“I think one will do!” concludes Mr. Lametti.

Commission counsel Gordon Cameron questioned the Attorney General of Canada about political interference in the work of the police during the protest that ended up paralyzing downtown Ottawa for three weeks.

“In these exchanges, I am in no way saying that the police should be directed,” defended Mr. Lametti. He added that he had rather written these messages as a cabinet colleague and as a minister. He said that in “the heat of the moment” he was frustrated because some of his employees were being harassed by protesters on the street and he had to leave downtown Ottawa where he was staying.

He also supported the dual interpretation of the concept of threat to national security. The Canadian Security Intelligence Service Act sets out a number of criteria for assessing a threat to national security. These include espionage and sabotage, foreign interference, the use of serious violence and activities aimed at overthrowing the government. This same definition is repeated in the Emergency Measures Actbut the government has interpreted it more broadly to justify the historic use of this exceptional legislation.

However, he refrained from giving more details in cross-examination, repeatedly invoking professional secrecy given his role as Attorney General. Commission counsel Gordon Cameron has criticized the federal government’s lack of transparency in refusing to lift solicitor-client privilege over the elements that would shed light on how Cabinet came to the conclusion that it could declare the state of emergency to put an end to the demonstrations.