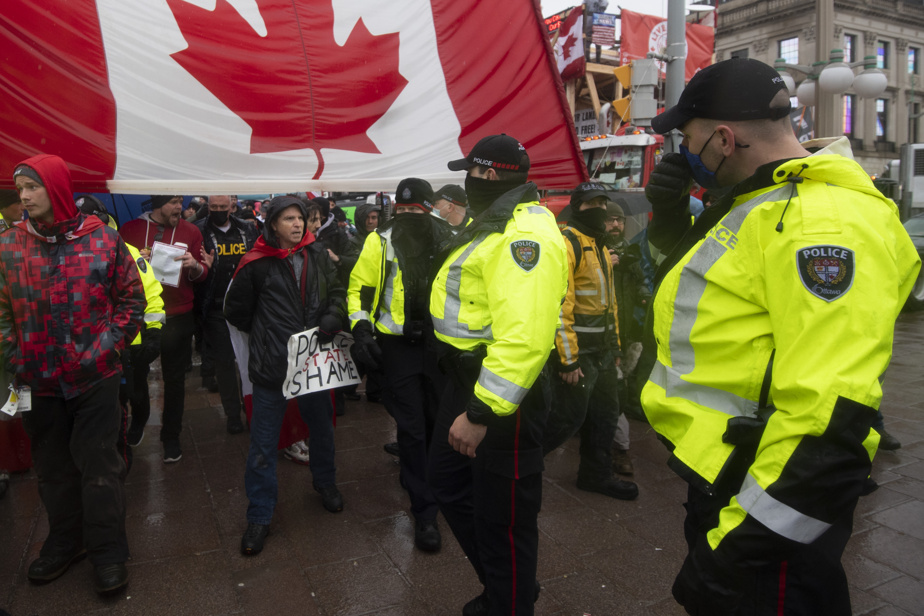 Key members of Mr. Trudeau’s cabinet and the director of the Canadian Security Intelligence Service will also testify.

The commission has already collected a large quantity of documents and heard more than 60 witnesses. She is responsible for determining whether the government was justified in invoking this emergency law, and to assess the adequacy and effectiveness of the measures taken during the demonstrations that paralyzed downtown Ottawa in February.

Thousands of protesters had converged on Ottawa in heavy trucks to voice their opposition to COVID-19 health restrictions — and the Liberal government in general.

Policy makers will be asked about the definitions used to justify the declaration of emergency. Last week, Prime Minister Justin Trudeau’s national security adviser, Judy Thomas, said officials have the authority to look broader than the definition enshrined in the law to determine whether to invoke an emergency.

It is unclear whether Mr. Trudeau and his ministers will be able to reveal much, as cabinet discussions are protected and cannot be disclosed.

The Commission on the State of Emergency examines the events and the various opinions which led the Liberal government to possibly invoke the Emergency Measures Act in February.

This law of last resort should only be used when an urgent, critical and temporary situation threatens the life, health or safety of Canadians, whether the provinces are believed to lack the ability or power to intervene and that the crisis cannot be managed effectively with the usual laws.

Judge Rouleau is due to submit his report early next year.