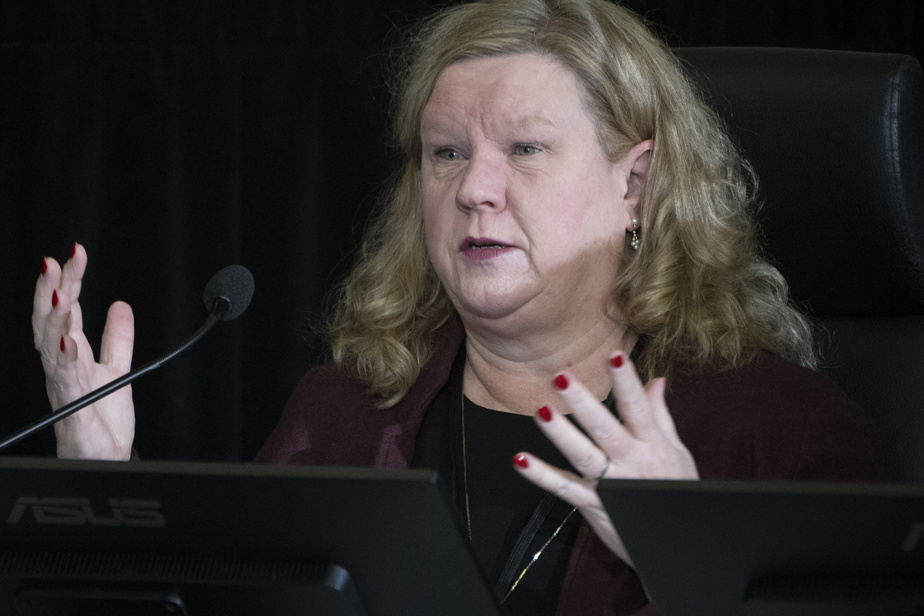 (Ottawa) Federal ministers did not exhaust all the options before them before turning to the Emergency Measures Act last winter, we learned on Friday at the Rouleau Commission.

Thousands of protesters had converged on Ottawa in heavy trucks to voice their opposition to COVID-19 health restrictions — and the Liberal government in general.

However, after the first weekend, at the end of January, it became clear that the demonstrators had no intention of leaving downtown Ottawa, where they had erected camps in the middle of the streets.

“It wasn’t perfect, but it was about stimulating the conversation about the range of options that fell under federal jurisdiction on things ministers and departments could think about,” Ms.me Bogden, who is Deputy Secretary to the Cabinet for Emergency Preparedness at the Privy Council Office.

The Commission on the State of Emergency examines the events and the various opinions which led the Liberal government to possibly invoke the Emergency Measures Act last February.

This law of last resort should only be used when an urgent, critical and temporary situation threatens the life, health or safety of Canadians, whether the provinces are believed to lack the ability or power to intervene and that the crisis cannot be managed effectively with the usual laws.

Among these options was a “great national debate”, as the French government launched in 2019 during the “yellow vests” demonstrations – although the response to these demonstrations in France also resulted in a heavy-handed police crackdown.

Tougher penalties have also been considered in Ottawa, such as banning trucks and trucking companies participating in the “freedom convoy” from winning government contracts.

As the weeks passed, the protests did not dissipate. “The situation was getting more and more worrying, you know, it was getting worse and not getting better,” said Mr.me Bogden about his impressions at that time.

On February 9, about 10 days after the protesters arrived in Ottawa, the Clerk of the Privy Council, Janice Charette, asked deputy ministers to come up with even more options for ending the protests.

“We must not overlook any leads. We have to make sure that we look at every power, every duty, every authority that we have, every resource, to make sure that we bring the full power of the federal government,” she told them, according to her testimony Friday. “I told them: everything is on the table, no idea is too far-fetched, let’s examine absolutely everything. »

The next day, February 10, the Emergency Measures Act was listed as a potential ‘plan B’ on the final list of options submitted for ministers’ consideration.

Senior federal officials had already been considering the emergency law for years by then, as there were discussions about invoking it during the COVID-19 pandemic, said Deputy Clerk Nathalie Drouin, at the committee on Friday.

It wasn’t until February 9 that deputy ministers began considering using it in the protests.

When such a serious option was put on the table, Mme Charette recommended that ministers transfer discussions to the Incident Response Group, made up of ministers with decision-making powers.

Mme Charette said Friday that all options had not been exhausted before Cabinet decided to move forward with the Emergency Measures Act.

“But the question was whether (the other options) were going to be adequate or not to be able to deal with the totality of this situation. I think that was the question before ministers,” she said.

Prime Minister Justin Trudeau finally declared a state of emergency on February 14 under the Emergency Measures Actwhich had never been invoked since it had replaced the War Measures Act in 1988.

The Commission on the State of Emergency, chaired by Judge Paul Rouleau, is responsible for determining whether the government was justified in invoking this exceptional law, and for evaluating the relevance and effectiveness of the measures.

The Public Order Emergency Commission, headed by Judge Paul Rouleau, is tasked with investigating the basis used by the government to invoke the law.

The commission will hear next week from the director of the Canadian Security Intelligence Service and seven federal ministers. The prime minister’s chief of staff, deputy chief of staff and director of policy were recently added to the witness list for this final week.

The commission’s six weeks of public hearings are scheduled to conclude on Friday, November 25 with the testimony of Prime Minister Trudeau.