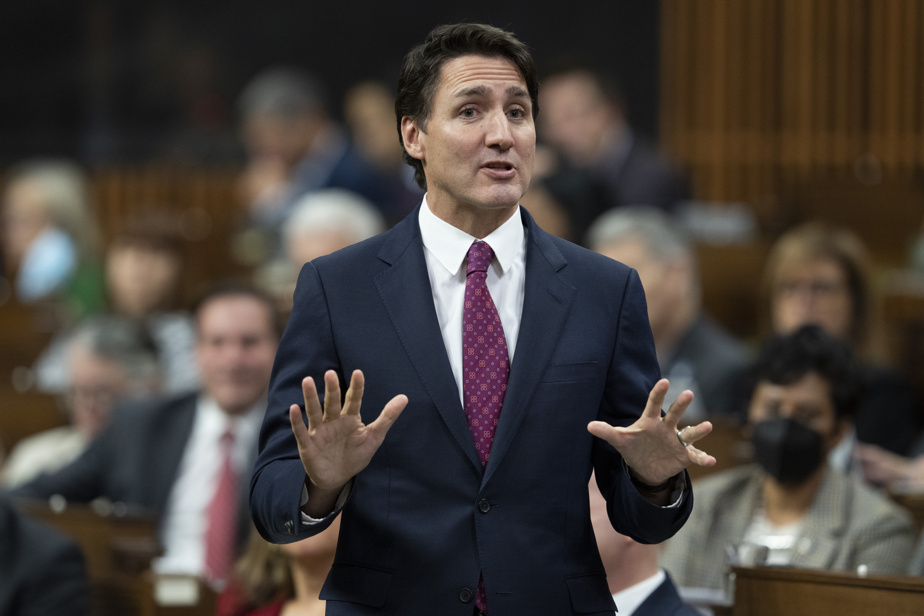 (Ottawa) Prime Minister Justin Trudeau admits that there is not enough use of French for his taste during the work of the Commission on the state of emergency and promises to “try” to express himself in the language of Molière as often as possible during his testimony scheduled for Friday.

“I think it’s a shame that there wasn’t enough French during the commission. Obviously, I will try to use it as much as possible so that everyone can understand me in both official languages,” he said Thursday before heading to the House to take part in question period.

He recalled, in the same breath, that a simultaneous translation service is offered throughout the work of the commission chaired by Franco-Ontarian judge Paul Rouleau.

Mr. Trudeau did not specify whether he intended to speak in French up to a certain percentage of all of his testimony.

Since the beginning of the public inquiry, the vast majority of witnesses heard have spoken in English, including during the questioning portion of their testimony.

Witnesses are free to express themselves in the official language of their choice.

Asked whether he considers that the members of his cabinet should have preferred French more often, the Prime Minister defended them.

“There weren’t a lot of questions in French. (Sometimes) it’s difficult to answer in French too, but I know there are a few who have made an effort,” he said. He concluded by adding that he, too, was going to “make an effort”.

Already, on Wednesday, the Trudeau government’s lieutenant for Quebec, Pablo Rodriguez, had pointed out that there “could be more French” in the Rouleau commission.

The President of the Treasury Board, Mona Fortier, for her part maintained that “it would be really ‘fun’ to hear more”.

She was then asked to comment on whether the fact that senior French-speaking public servants have opted for the language of Shakespeare reflects the culture that prevails in the federal public service.

“I encourage public servants to work in both official languages,” she said.

His colleague Minister of Official Languages, Ginette Petitpas Taylor, added that the situation “shows that we still have a lot of work to do on the whole question of promoting French in the public service”.

Interpreter services would be available if, for example, a lawyer not fluent in French had to question a witness who exercised his right to speak in that language. The English translation would be available to him simultaneously.