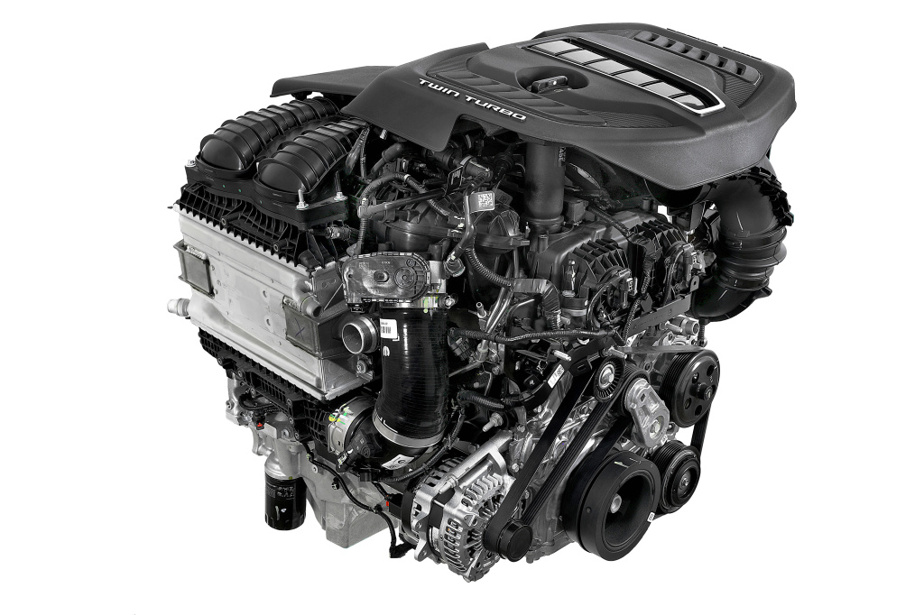 Stellantis recently lifted the lid on the mechanics that will gradually replace its gluttonous V8s in various Chrysler, Dodge, Jeep and RAM models. This shift towards greater frugality in its ranges is made necessary by regulatory restrictions in terms of fuel consumption, which will become increasingly strict.

To do this, the engineers of the Euro-American giant have applied a very old formula, but which remains proven: the six-cylinder in line. Well balanced, which greatly reduces parasitic vibrations, this heat engine architecture has also proven its efficiency and versatility over the years. The new family of engines will be called Hurricane and will bet on a displacement of 3 L, like almost all the other manufacturers which employ this architecture.

Stellantis will use two small, low inertia turbochargers to boost power and improve smoothness, as well as very high pressure direct injection to optimize the air/fuel mixture and reduce emissions.

The figures obtained are very convincing. In its “standard” version, this new engine will generate over 400 hp and 450 lb-ft of torque. The “high output” variant pushes it all to 500 hp and 475 lb-ft. This exceeds the naturally aspirated 5.7L and 6.4L Hemi V8s respectively, in addition to offering 90% of the torque from 2350 rpm to maximum rpm.