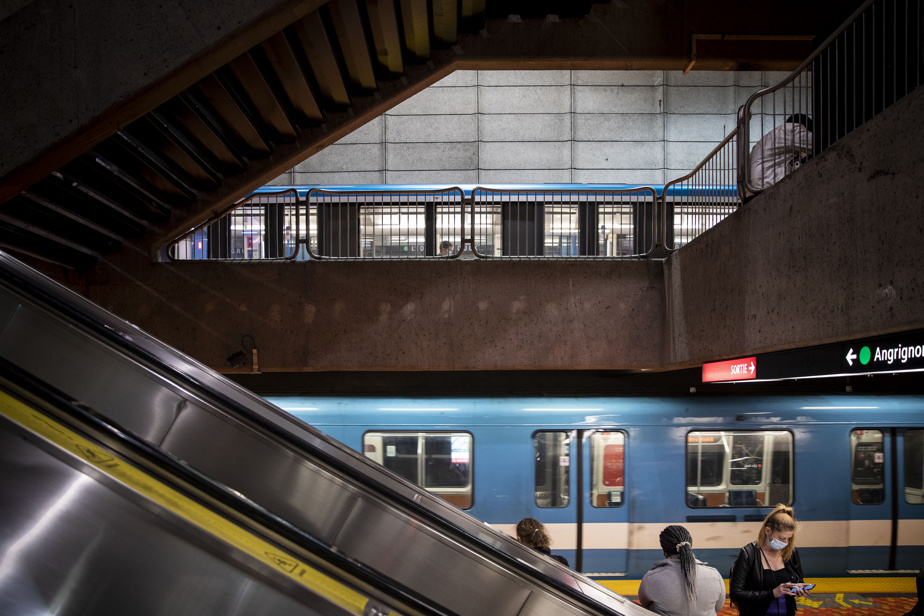 It would be “counterproductive” for the Société de transport de Montréal (STM) to reduce the frequency of transit of metro trains and buses, elected officials and organizations worried Thursday, when such a reduction is envisaged in order to to balance the budget of the operator, whose finances have been damaged by the pandemic.

“The less service there is, the less interesting it becomes to swap cars for public transit. It’s counterproductive. Time is running out for the STM, the government must act quickly,” said Québec solidaire spokesperson for transport and MP for Taschereau, Etienne Grandmont.

The latter was reacting to a Radio-Canada report published on Thursday, citing an internal document according to which a drop in service of 3.7% for buses and 4.8% for the metro is planned to absorb the financial losses of the STM. . The Press was able to confirm that this hypothesis is studied, but that it is not formally a budgetary orientation. The goal would be to absorb the declines in traffic, when barely 75% of users are back in public transport in Greater Montreal.

Said measure, which would be one possibility among several others, could make it possible to balance the budget of the STM, which must be presented next week at the same time as that of the administration of Valérie Plante, with a saving of approximately 18 million .

STM spokesman Philippe Déry said Thursday that “the STM’s budget is not yet tied up”, the company being “still in discussion with its donors”. “We are aware of the importance of offering an attractive service offer,” he assured.

For the director general of Trajectoire Québec, Sarah V. Doyon, reductions in service “are never a good strategy to bring back ridership in public transit”. “We understand that there is a significant financial hole, but I think it especially demonstrates the importance of quickly finding new sources of funding to avoid this situation,” she said.

His organization is calling in particular for permanent funding for the operation of public transit by the federal government. “At the moment, Ottawa only funds infrastructure. That’s a potential new source. At least for this year, it would take emergency aid,” notes M.me Doyon.

I know well, having had discussions with [des responsables de la société], that the STM does not want any cuts. They too want to regain traffic. But that is one of the scenarios assessed. We hope they won’t have to go there.

The elected Etienne Grandmont, he calls on the Legault government to “guarantee that there will be no drop in service to the STM and release emergency funds if necessary”. “With the work in the Louis-Hippolyte-La Fontaine tunnel, it’s time to increase the public transit offer in Montreal, not to reduce it. Public transit is the future,” he said.

In the office of the Minister of Transport, Geneviève Guilbault, we reiterate that we are “partners” of the transport companies, retorting however that “the budgetary choices of the STM are the responsibility of the municipal administration”.

All this comes the day after a mobility announcement from the City of Montreal, which confirmed on Wednesday that the use of public transit would become free for people aged 65 and over in Montreal as of July 2023. The Plante administration, which made it an election pledge last fall, will spend $40 million annually to make it happen. As this new incentive will not be implemented until July 2023, however, it will only cost 24 million for its first year.