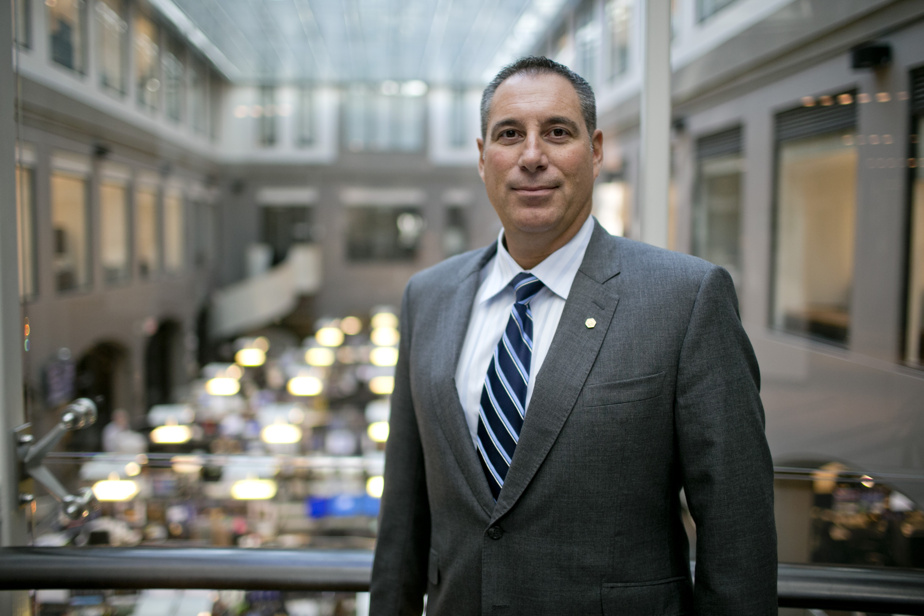 (Montreal) Stock markets head into the new year amid uncertainty as experts anticipate a recession in 2023.

Two factors are decisive for the trajectory of stock markets. First, forecasts of corporate profits and, second, what investors are willing to pay for these anticipated profits.

However, the National Bank’s chief economist, Stéfane Marion, sees little catalyst for the stock market on these two fronts. In an interview, he pointed out that the valuations of the main stock market indices have returned to their historical average of the last ten years after the rebound recorded in October and November. He added that the economic context, which promises to be more difficult in 2023, limits the ability of companies to increase their profits.

Mr. Marion believes that inflation will moderate much more quickly than central banks anticipate, which may have tightened their monetary policy too quickly.

To give an idea, my inflation forecast is 3% in the first quarter, while the central banks say that 3% is for the end of 2023.

The economist is waiting to see to what extent the central banks, in particular the Federal Reserve (Fed) which maintains a tougher rhetoric than that of the Bank of Canada, will change course in the face of signs of moderation in the job market and the economy.

“I’m a little less constructive for the stock market for the next few months, but for my second half of the year, as soon as I see my pivot from the central banks, I’m ready to deploy cash to other asset classes. »

Michel Doucet and his colleague Jean-René Ouellet, of Desjardins Wealth Management, are preparing for the new year “with caution”.

“Markets are already pricing in a mild recession or a soft landing,” Doucet said. Investors will want proof and all that will depend on inflation, but also on the evolution of labor markets. If we have confirmation [d’une récession légère], the markets should do better in the second half of the year. What markets don’t like is surprises. »

The two Desjardins Wealth Management strategists believe that the long-term outlook is more favorable than at the same time last year. By the end of 2021, equities had outperformed and bond interest rates were at a low, leading the two strategists to suggest investors moderate their expectations.

If the first months of the year are uncertain, the drop in the stock markets and the rise in interest rates bring more attractive long-term conditions for the holders of a balanced portfolio, allocated 60% in equities and 40 % in bonds.

“I much prefer this context for the investor compared to the return expectations for the next ten years,” said Mr. Ouellet. For the person selling a home, cottage or business, I think their return is more attractive today than at the start of 2022.”

He points out that with higher interest rates, bonds provide a better counterbalance when equities go down than when rates were at a low.

If ever the stock market were to break, the ability of the bond market to protect us will probably be much better than in 2022.

Rising bond yields are also good news for investors with lower risk tolerance, the strategist adds. “An investor who has done their financial planning and needs to achieve a return of between 4% and 5% should have greater exposure to equities to achieve their objectives. Now, maybe he can aim for the same return with only a fraction of the risk he would have taken at the start of the year. »

Mr. Marion, for his part, does not believe that stock markets are necessarily more attractive in the long term, despite the 2022 correction. The economist believes that structural conditions, such as political interventions to combat climate change and geopolitical tensions, make the context less favourable.

“Price/earnings ratios will have to be lower than the average between 1988 and 2019,” said the National Bank’s chief economist. This entire period was characterized by excessive globalization and very low inflation. »

For 2023, Mr. Marion is taking a more defensive stance. He slightly reduced his weighting in equities to increase liquidity in the portfolio.

Again this year, he shows a preference for Canadian equities, because he believes that the economic and geopolitical context limits the potential for a fall in commodities.

With the uncertainty in Ukraine and Russia, we think it’s more defensive to be exposed to Canada in the energy sector. Energy resources and gold can help protect in 2023.

The two colleagues from Desjardins Wealth Management have also adopted a “prudent” strategy, because “this is not the time for excess”. The two strategists maintain a preference for Canadian and American stock markets.

Despite a preference for value stocks, Ouellet is underweight consumer staples while valuations of companies like Metro and Dollarama are already high, he said.

Rising interest rates have put pressure on the real estate sector and utilities, which represents an opportunity, believes the strategist who had not overweighted these sectors “for a long time”.