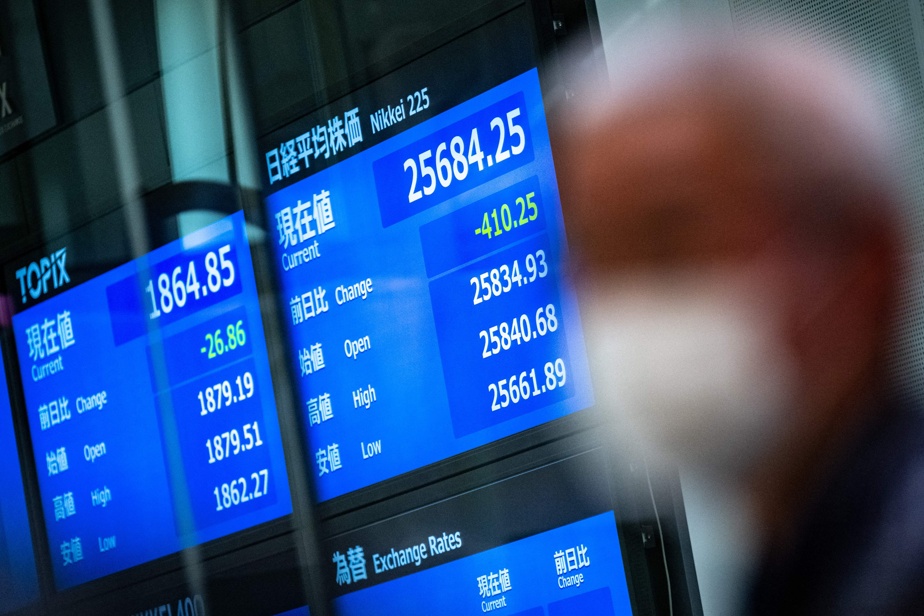 (Paris) The world stock markets were well oriented on Wednesday, especially the places of the euro zone which jumped by around 2%, against a backdrop of slowing inflation, falling gas and oil prices, as well as falling interest rates. bondholders.

The European stock markets continued their third consecutive session of increases: Paris jumped by 2.30%, Frankfurt by 2.18%, Milan by 1.74% and the European benchmark index Eurostoxx 50 by 2.36%. Only the London Stock Exchange ended more modestly, climbing 0.41%, weighed down by the decline in oil and mining stocks.

Franklin Pichard, managing director of Kiplink Finance, notes a “total decorrelation between the American and European markets”, a trend “which could be interesting this year”.

The wave of optimism in Europe was generated by the decline in natural gas prices, combined with the decline in inflation in Germany and France in December, allowing bond yields to decline.

French inflation slowed more than expected in December, to 5.9% over one year, against 6.2% in November, according to the provisional estimate published by INSEE on Wednesday. A good surprise after the announcement the day before of a German inflation rate reduced below 10% for the first time since August in Europe’s largest economy.

“If inflation is in the process of falling, perhaps the situation will be less dramatic than it could have been anticipated,” points out Mr. Pichard.

Especially since the fall in gas and oil prices reinforces the hypothesis of a stronger decline in inflation than expected for the moment.

The New York indices were slowed down at the start of the session by the publication of an ISM manufacturing activity index which fell to 48.4 in December, a little less than expected.

In the second part of the American session, the publication of the minutes of the last meeting of the American central bank (Fed) should “decide the last hours of exchanges, even if investors are wondering whether they will learn something new,” said Sam Stovall of CFRA.

Earlier, Hong Kong jumped more than 3%, buoyed by tech stocks and the prospect of new fiscal measures to support the Chinese economy.

The subsidiary of the American conglomerate General Electric (GE) dedicated to the health sector has entered the NASDAQ, marking the first stage of the split of the former industrial giant into three separate companies.

On the side of the dollar and bitcoin