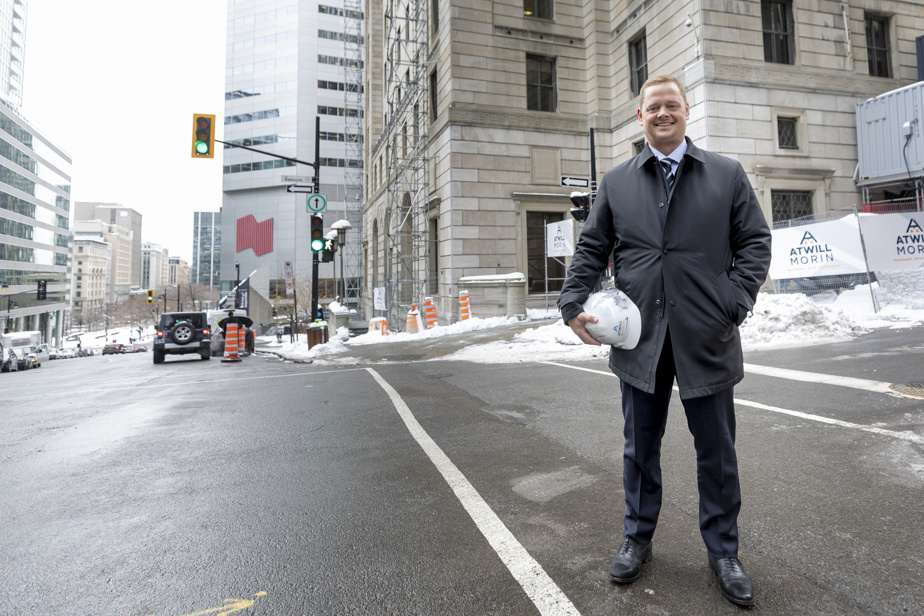 Running a business is first and foremost a matter of strategy. Leaders reveal some elements of their game plan and vision.

Despite signs of a slowdown in the building sector, Montreal-based Atwill-Morin is maintaining its growth ambitions in the masonry and concrete structure repair market.

“For 2023, our backlog is aligned with total revenue growth of around 30% to close to $200 million. This is a significant growth rate as economic conditions are increasingly uncertain,” says Matthew Atwill-Morin, president and CEO of the firm founded by his grandfather, and taken over from his father. in 2004. His two brothers, Mark and Jonathan, are also senior executives and co-shareholders of Atwill-Morin.

“At this rate, we plan to approach 300 million in turnover within five years,” he said in an interview with The Pressin the wake of the acquisitions and consolidation of subsidiaries carried out over the past year.

Where do these growth ambitions come from?

First, from Ontario, where Atwill-Morin has been established for only a few years. At 15% of sales, the Ontario market should represent 30% within a year.

We are significantly expanding our market share in the Ottawa-Gatineau and Toronto regions. In 2023 alone, we anticipate at least doubling our revenues in the Ottawa region, and increasing them by around 25% in the Toronto region.

“Combined, the markets of the Toronto and Ottawa regions in our sector of activity are still three times larger than that of the Montreal region. That said, that market in Ontario is occupied by a few companies that are much bigger than us. But we rely on our agility and our good business reputation to win market share. »

In addition, in parallel with winning customers in Ontario, Atwill-Morin has an eye on “the search for acquisition opportunities that may arise, especially in the Toronto region,” says its president.

In the meantime, Atwill-Morin is also basing its growth ambitions on the good performance of its main market in the greater Montreal area and elsewhere in Quebec.

“Year in, year out, we deliver about 1,200 projects a year, ranging in scope from a few hundred thousand dollars to a few million dollars. These days, our biggest contract is around 50 million,” says Matthew Atwill-Morin.

Moreover, the sustained strength of the market for the repair of institutional buildings and road infrastructures in the public sector made it possible to overcome the slowdown in the market for residential and commercial buildings in the private sector.

As an example, he cites the worksite to repair and reinforce the Île-aux-Tourtes highway bridge, on the A40 between the west of the island of Montreal and Vaudreuil, in order to extend its lifespan until to its eventual replacement by a new bridge.

Moreover, underlines Matthew Atwill-Morin, the company “has been working hard for a year to develop business opportunities in the industrial building sector and major infrastructure such as hydraulic dams, which[elle a] already done for Hydro-Québec”.

On the labor side, the president of Atwill-Morin maintains that the company is managing to meet the challenge of the shortages of workers reported in many specialized construction trades.

In 2022, for example, the company was able to recruit nearly 100 trades workers in the Toronto and Montreal regions.

“These hires represent nearly 10% of our total workforce of a thousand employees. In a context of shortage of workers in the construction trades, we are quite proud to have succeeded in attracting these dozens of experienced workers,” said Matthew Atwill-Morin.

Since 2008, Atwill-Morin has had its own training center. The course outlines were developed and are kept up to date in close collaboration with bodies such as the Commission de la construction and the Régie du bâtiment du Québec, as well as unions or groups of workers in the main construction trades.

“Each year, during the winter season, which is slow in the building, our training center welcomes around fifty new or existing employees. Such an effort in training remains uncommon among construction employers. But from our point of view at Atwill-Morin, it is a very important element of our corporate culture,” says its president.