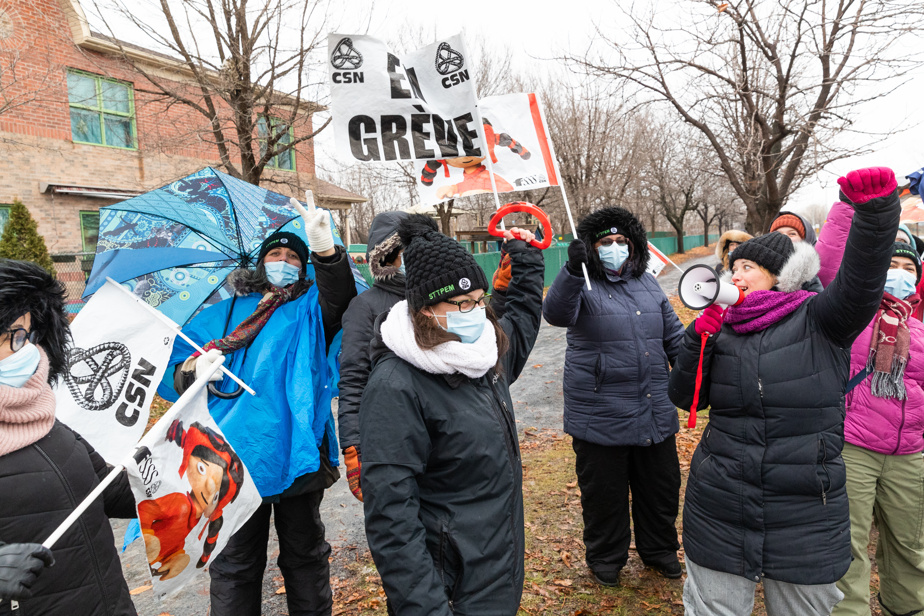 (Montreal) The union which represents 83 CPE facilities in the Montreal and Laval region assures that it has still not made a decision on a strike, while the employers’ association maintains that the union has reacted to its last counter-proposal “by asking for an indefinite strike mandate”.

In fact, it was not until Wednesday evening that this union of CPE workers in the Montreal and Laval region, attached to the Fédération de la santé et des services sociaux, affiliated with the CSN, will consult its members about a strike mandate.

Nor is it certain that it will be an indefinite general strike. It could be a bank of strike days to be held when deemed appropriate. It will be up to the members to decide, reiterated Monday in an interview Nathalie Fontaine, vice-president of union negotiations.

Nevertheless, replies the National Employers’ Association of CPEs. “There, the parents would be penalized; the workers would be penalized, the CPEs too. There is no one who wins from days of strike, ”reacted Chantal Bellavance, spokesperson for the employers’ association.

If necessary, some 1,500 workers would be affected, in 65 CPEs which manage 83 facilities.

Mme Fontaine, of the union, indicates that negotiations with the employers’ association for the Montreal and Laval region are “at an impasse”, after months of discussions.

Butme Bellavance, of the employers’ association, believes that there is always the possibility of agreeing, as long as the parties sit down at the table and negotiate. “These are articles that can be negotiated, discussed. There would remain three articles to be negotiated. We think there is a way to settle this between the union and the management party without issuing a strike mandate. »

Mme Bellavance claims not to understand the union’s attitude. She claims to have “accepted the entire union proposal”, in particular that of integrating the national agreement concluded last winter with all the unions. Fact to note: his association was not seated at the national bargaining table last winter, hence the fact that the dispute only emerged today.

The employers’ association, on the other hand, admits having three requests concerning regional clauses – and this is what poses a problem with the union, which sees this as “requests for major setbacks”, explains Mme Fountain.

These three clauses relate to guarantees regarding the length of the work week, the role of the work team and the selection and tenure committee.

The employers’ association is keen on this, in the name of the flexibility that must be had, the “functional” aspect of a CPE and the accountability that management must have.

The union, he replies: “we can not go lower than the status quo”.