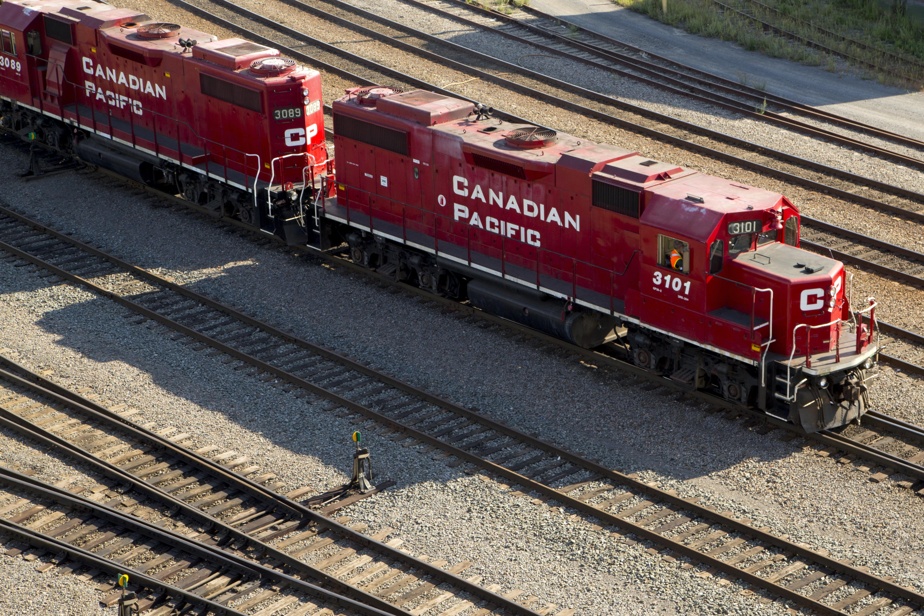 (Toronto) The Canadian Pacific Railway announced Thursday that it had received strike notice from the union representing its mechanics, conductors and other employees.

The move is the latest escalation in a labor dispute at the Calgary Railroad, which could trigger a potential nationwide work stoppage as early as 1 a.m. Sunday.

Canadian Pacific (CP) said Wednesday evening that it had given 72 hours notice to the Teamsters Canada Rail Conference of its plan to lock out nearly 3,000 employees starting Sunday, if the union and the company fail to reach a negotiated settlement or agree to binding arbitration.

The two sides disagree on 26 outstanding issues, including wages, benefits and pensions.

Meanwhile, a slew of Canadian business organizations have called on the federal government to prevent a possible work stoppage at CP, which could further hamper businesses recovering from COVID-19 restrictions and of supply chain.

About 45 industry groups say any disruption would hamper Canada’s cargo capacity and have a profound effect on the wider economy, already struggling with inflation, product shortages, rising fuel prices and the invasion Russian from Ukraine.

“Any disruption would further cripple Canada’s freight capacity and have a profound impact not just on rail shippers, but on all shippers, including trucking and air, across the Canadian economy,” the groups said in a statement.

“It would cause irrevocable damage to Canadian supply chains, which would extend beyond our borders and damage our reputation as a reliable partner in international trade. »

Federal Labor Minister Seamus O’Regan said Wednesday night that Ottawa is “monitoring the situation closely” and wants the two sides to consider making compromises to reach a fair deal for workers and the employer.

But industry groups want the government to go further.

“CP has indicated that it is prepared to enter binding arbitration immediately to resolve this matter without a work stoppage,” the groups noted.

“The government must do everything in its power to get the union to agree. »

One of the groups that were part of the statement, the Canadian Federation of Independent Business, added that it was important for the government to ensure that both sides remain at the negotiating table and that service remains uninterrupted. , because companies are already going through a difficult period.

The organisation, which represents at least 110,000 small and medium-sized enterprises (SMEs), estimates that only 35% of businesses have returned to normal sales and that around 89% of small businesses are affected by supply chain problems. . Retail, manufacturing and construction businesses would be hardest hit.

Three in ten business owners have seen their business costs rise by more than 20% due to supply chain issues, while 39% have been forced to wait more than a month for shipments, a CFIB said.

“The work stoppage will place an additional burden on many of these businesses and put their future and the livelihoods of their employees at greater risk,” said Jasmin Guénette, CFIB Vice President of National Affairs.

The Canadian agricultural industry has also expressed concern about a potential work stoppage at CP.

Farmer groups have warned that any delays to rail lines will affect all aspects of their business, including shipments of fertilizer and other inputs during the crucial spring sowing season, as well as deliveries of livestock feed emergency in drought-stricken areas of the prairies.

“Disruptions like this can ripple and impact the entire food supply chain,” Keith Currie, president of the Canadian Federation of Agriculture, said in a statement.