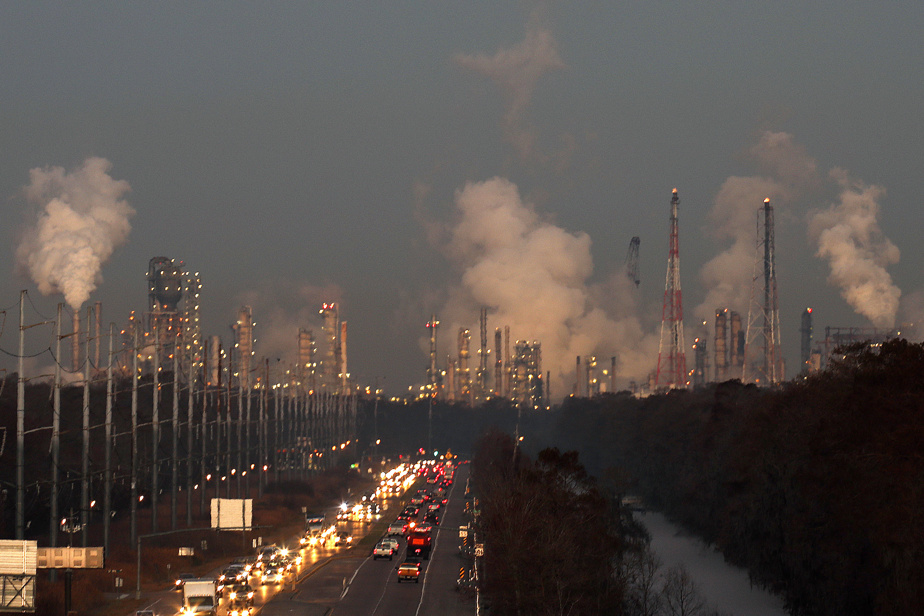 If nations meet all their commitments to combat climate change, the planet can still meet one of two international targets to limit the impact of global warming, concludes a new study.

However, the planet seems destined to blithely overtake the other target ― the one that the researchers believe would protect Earth the most.

The world appears on track to limit global warming to 2 degrees Celsius, or a few dusts less, compared to pre-industrial times, a target that previously seemed out of reach, according to a study published Wednesday by the prestigious scientific journal Nature.

This will happen not only if countries meet all of their pollution reduction commitments by 2030, but also if they meet a more distant promise of carbon neutrality by mid-century, the study says.

A world 2 degrees warmer will still be radically different from the one we know, warn experts who warn of stronger storms, higher oceans, plant and animal extinctions, the disappearance of corals, melting ice and more deaths from smog, heat and infectious diseases.

World leaders would much prefer a warming limited to 1.5 degrees Celsius compared to the pre-industrial era. But the world will completely miss this (better known and more publicized) target without further emissions reductions being announced and achieved as early as this decade, and likely within three years, the study authors say.

The 1.5 degree and 2 degree targets are part of the Paris Agreement reached in 2015 and the subsequent Glasgow Accord signed in 2021.

“For the first time, we can possibly limit global warming below the symbolic 2 degree mark with the promises on the table. But that obviously assumes countries keep their word,” said the study’s lead author, climatologist Malte Meinshausen from the University of Melbourne.

It’s a big “if,” the authors and other climate scientists said, implying that political leaders will deliver.

Mr. Hohne’s team and other experts interested in official commitments have also found that it is possible to limit warming to 2 degrees, as has Mr. Meinshausen’s team. The difference is that the latter’s study is the first to be peer-reviewed and published in a scientific journal.

Yes, a 2 degree warmer planet requires countries to keep their word. But increasingly affordable solar and wind power have shown that emissions reductions can happen faster than expected, and some countries are on track to exceed promised reductions, Meinshausen said.

He also recalled that it is not unreasonable to assume that countries will keep their word, since promises always precede concrete actions in this area.

But fundamentally, limiting global warming to 2 degrees is a marked improvement over five or ten years ago, when “everyone was laughing like, ‘ha, we’ll never see targets on the table that will closer to 2 degrees,” Meinshausen said. Targets and policies that come to fruition can impact future temperatures. I think optimism is important. Yes, there is hope. »

Between 20% and 30% of this hope is attributable to the Paris Agreement. The rest stems from previous investments by countries that have made green technologies more affordable than polluting fossil fuels like coal, natural gas and oil, Meinshausen added.

But while the news is good, it’s not all good, he said.

“We have no margin of error (to just limit warming to 2 degrees) and we do not have the commitments to get closer to 1.5 degrees”, underlined Mr. Meinshausen.

A study by UN experts in 2018 found a stark difference between 1.5 degrees and 2 degrees, with significantly greater and widespread damage at 2 degrees of warming.

Meinshausen’s analysis “is good and seems solid, but there are still assumptions that could be important,” said climatologist Glen Peters of the Global Carbon Project.

The biggest guess is that countries will reach the promised carbon neutrality, mostly by 2050, but ten or twenty years later for China and India, he said.

“Making commitments for 2050 is easy, backing them up with short-term interventions is difficult,” Peters added before pointing out that in most countries five or six elections will occur by then.