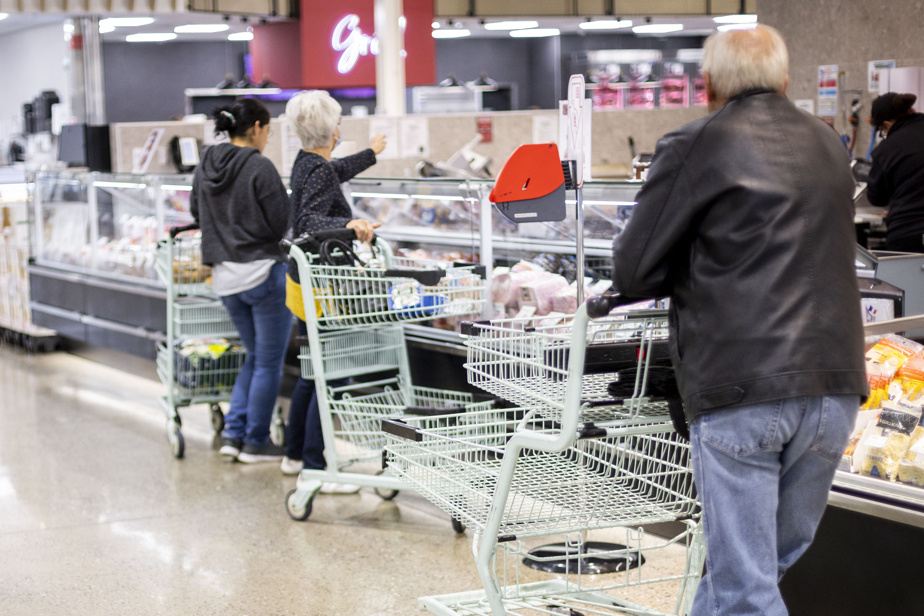 The decision by Loblaw, which operates the Maxi and Provigo brands, to freeze the prices of its 1,500 No Name-branded products has raised many questions about how the chains set their prices.

Do these prices vary throughout the year?

Once a year, the big brands send a letter to their suppliers informing them of the period during which no change in the wholesale price will be accepted. The wholesale price corresponds to the price that brands pay to suppliers who sell them products: cheese, yogurt, vegetables, etc.

Generally, this frost period (blackout) begins in early November and ends in late January. On condition of anonymity, several suppliers told The Press that it was not an agreement between the two parties. They had no choice but to consent to the chains’ request.

The amount displayed on the product on the shelves, the retail price, can vary throughout the year, even during the period when the wholesale price remains fixed. “In my 25 years of experience in the food industry, retailers can manage their price [de détail] as they want on an ongoing basis, regardless of what has been decided on the wholesale price side, explains Pascal Leduc, President of Leduc Strategy and Business Management Consulting. One has an influence on the other, but it is not always a direct line. There are other retailer-specific imperatives that come into play when deciding on their list price. »

In the case of Loblaw, is this a real freeze on the prices of products sold on the shelves?

Loblaw announced Monday a price freeze on its 1,500 No Name brand products sold in its Maxi, Provigo and Pharmaprix stores until January 31, 2023. This measure directly affects the price displayed on the shelves. The customer, when going shopping, should not pay more for the items sold in the yellow packaging.

Some media have incorrectly suggested that Metro is also freezing prices on its shelves. However, in reaction to Loblaw’s announcement, the Quebec brand rather reminded that between the 1er November and the 1er February, suppliers and supermarkets generally agreed that there would be no wholesale price increases across all products and brands. “And during this period, we will continue with our promotions,” added Marie-Claude Bacon, vice-president of public affairs and communications at Metro, during a telephone interview with The Press. The company, however, has not announced that it is freezing the cost of its items sold in stores. Mme Bacon also acknowledged that there had been a “misunderstanding”.

Can we speak of collusion when all the big brands determine at the same time the period during which suppliers cannot increase their prices?

Metro’s reply, about agreements between suppliers and supermarkets not to raise prices at certain times of the year, startled Sylvain Charlebois, senior director of the Laboratory of Analytical Sciences in Agrifood at Dalhousie University. “This looks like collusion,” he wrote in English on his Twitter account after posting Metro’s quote earlier this week.

However, the specialists consulted on this subject are not ready to speak of collusion in this case.

“It’s difficult to go to court with that,” says Pierre Larouche, professor of competition law at the University of Montreal. The signal is sent to the public square. »

To talk about collusion, the different brands would have to communicate with each other in writing or orally to formally agree on a period when their suppliers cannot raise their prices, he explains.

“Even in court, collusion is extremely difficult to prove,” also points out Jacques Nantel, professor and retail trade specialist at HEC Montréal. So of course I’m not going to say it’s collusion. But I can understand that manufacturers can denounce this situation. »

Does freezing prices on shelves mean they can’t go down?

“I don’t think anyone is going to accuse supermarkets of false advertising if they lower them, but what I understand is that many [enseignes] well-known companies promise not to increase them,” replies Pascal Leduc.

“They can be the subject of specials in circulars. There are even a few [en promotion] this week, says Johanne Héroux, senior director of corporate affairs and communications at Loblaw. They can lower the time of a promotion and return to their price [ordinaire] thereafter, but not higher than the price [ordinaire] as it was on October 17. »