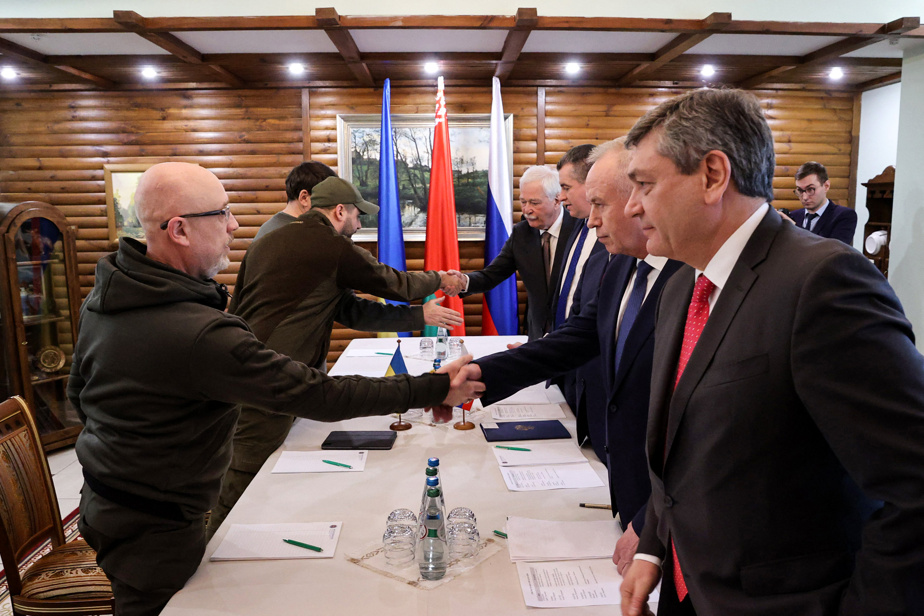 (Kyiv) A third round of talks between Ukraine and Russia will take place on Monday, a member of the Ukrainian delegation, David Arakhamia, announced on Saturday.

“The third round of negotiations will be held on Monday,” he wrote on his Facebook page on the tenth day of the Russian invasion of Ukraine.

Since then, the Russians have made significant advances into Ukrainian territory, but have so far taken only two key cities, Berdyansk and Kherson, on the southern Black Sea coast.

The chances of achieving progress appear slim, with Russian President Vladimir Putin warning that dialogue with Kyiv would only be possible if “all Russian demands” were accepted, including a “neutral and non-nuclear” status for Ukraine and its “compulsory demilitarization”.

Ukraine and Russia agreed on Thursday, after a second session of talks, to organize “humanitarian corridors” for the evacuation of civilians from combat zones.

Russia announced on Saturday the establishment of a ceasefire to allow the evacuation of civilians from two cities in eastern Ukraine, including the strategic port of Mariupol surrounded, after consultations between representatives from Kyiv and Moscow.

The Ukrainians had for their part postponed the evacuation of civilians from Mariupol, on the Black Sea, as well as from another besieged city a few hours earlier, citing violations of the ceasefire by Russian forces.

The Russian army subsequently attacked the strategic port of Mariupol again on Saturday, “due to the reluctance of the Ukrainian side to influence the nationalists or extend the ‘ceasefire’. »