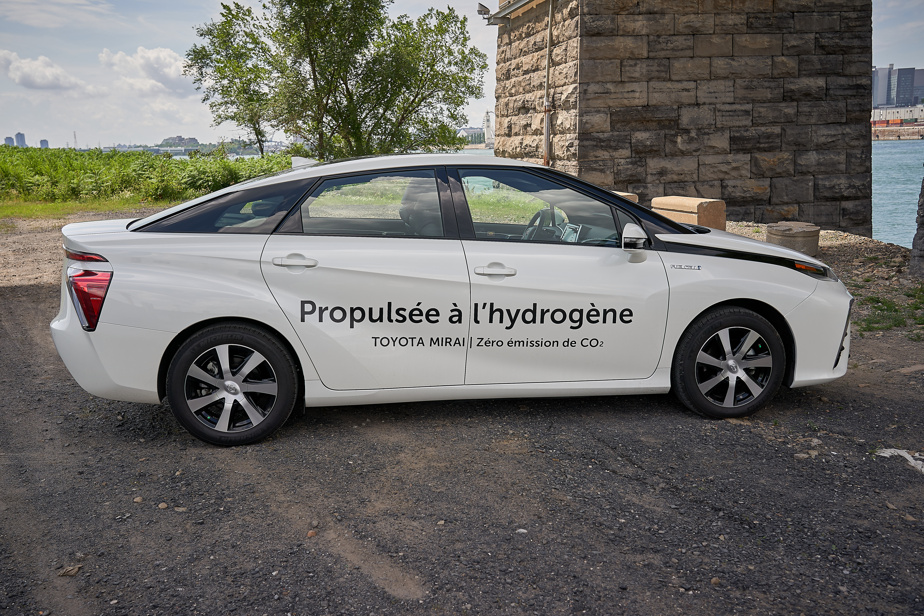 For this very first column of the year, I would first like to wish you health and happiness throughout 2023. For my part, I begin the season with gratitude. Thank you for following me, commenting on my columns and regularly giving me your opinions. I feel privileged to be able to reach you through these texts. Lucky to have the opportunity to share, with you, the technologies of tomorrow in terms of motor vehicles, just to imagine our common future on our roads, whether in the short or medium term.

And since it’s always better to know where you come from to know where you’re going, allow me to quickly review the year 2022 and all of my columns, an exercise that allows me to appreciate the number of new technologies that have appeared in the wonderful world of automobiles.

By doing the exercise, I realize that what I particularly like in this automotive environment and with the craftsmen who work there, is the perpetual questioning that is done there to ensure a future promising. A future that relies on three points put forward in a recurring and intelligent way, namely the safety of motorists, the environmental concerns necessary to avoid any unfortunate consequences, as well as the optimization of the use of our cars.

This year, several advances have been made, particularly in terms of the energy used to propel our cars. Electricity, hydrogen and solar energy are very good examples. Moreover, I can tell you that my column on the hydrogen fuel cell, published on August 15, 2022, made you react in large numbers.

A look back at 2022 also allows us to see that technology is making great strides in terms of all the elements that allow us to maximize the visibility of motorists on our roads. In this category, we particularly note the appearance of new technologies such as the head-up windshield, which detects if the driver is in a state of drowsiness, a perfect example of what is likely to avoid some problems on our roads.

But still… Who would have thought, in the 1970s, that airbags and seat belts would save so many lives in the future? Let’s say that when we think of the nonchalant driving of certain drivers of the time (sometimes that of our own fathers!), who had one hand on the steering wheel and the other ready to grab the bottle of beer that was within easy reach of hand, we can measure with satisfaction the extent of the progress being made in terms of safety and social responsibility. Other times, other customs, as they say.

Moreover, this adage is just as valid in many other areas related to the automotive industry.

Who would have thought, during the 1990s, that electric cars would become so popular and that they would help us become aware of our carbon footprint on the planet?

When we talk about social progress, here is one that no one escapes in this context of climate change.

Fortunately, the changes are also technological, and it will be the same for the future. In this regard, let’s always remember that some tech novelties that seem outlandish today will probably be part of our daily lives tomorrow.

For my part, I allow myself to dream. I dream of a technology that could allow us to see the road in winter, in the middle of a snowstorm, as clearly as in summer. And even under the deluges of rain that can occur in the summer season. When you look at everything that has been invented in recent years, you can afford to dream about it.

Maybe one day we will even have access to technological tools that will allow us to keep our major highways fluid by relegating to oblivion the traffic jams that are rampant today, even at rush hour. . Why not ?

I guess what some are thinking reading these lines. That is. “You can say I’m a dreamer, but I’m not the only one…”, as John Lennon sang so well in his superb song Conceived.

Well, I’m neither an artist nor a diviner, but on the other hand, I am a fierce enthusiast of cars and the technologies that come together to make our lives better. And I know full well that almost everywhere on the planet today, there is a panoply of manufacturers who work assiduously (who even compete, I would dare say) to improve our vehicles, to make them more efficient, more intelligent and to take them down an avenue where they will be safe, fun to drive, and never harm the planet again. With that… Happy New Year, everyone!

In a recent column, Bertrand Godin identified that Sailun tires were a Canadian company. It is a mistake. Sailun is a Chinese company, with its North American headquarters located in Ontario. We are sorry to have inadvertently published this false information.