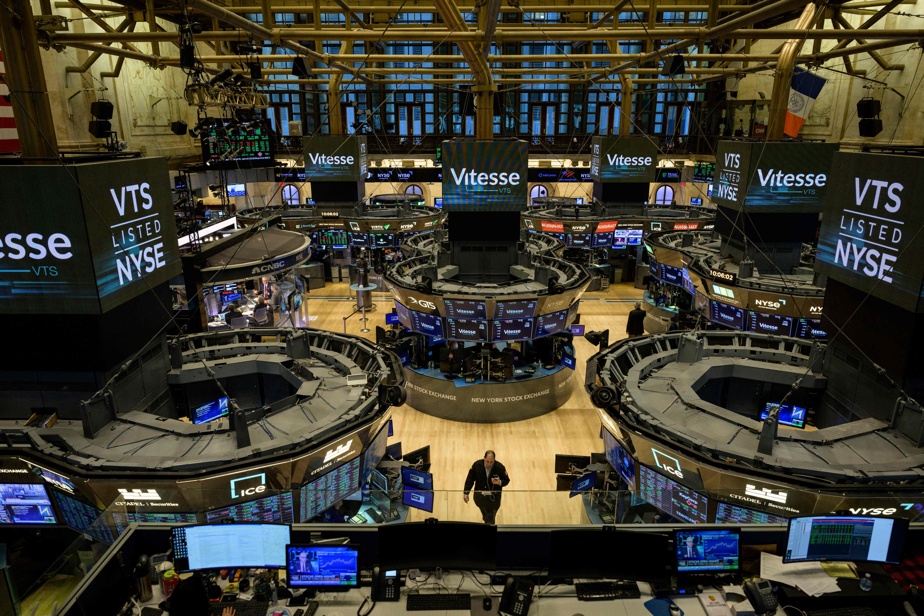 “After several sessions of generally lackluster market, investors feel most of the bad news has passed and stocks were oversold,” particularly in technology, said Jack Ablin of Cresset Capital.

Thus Alphabet, the parent company of Google, was the latest group to announce layoffs on Friday after Microsoft, Amazon, Meta, Salesforce and Twitter among others.

“Tech stalwarts have been hiring at a pace that was unsustainable and the deteriorating macro environment is now forcing them to lay off,” commented Dan Ives of Wedbush Securities.

The day before, after the market closed, the leader in online streaming Netflix announced a sharp rebound in the number of its subscribers, increased by 7.6 million in the last quarter alone, much more than expected. Wall Street.

In addition, the group also seems to be entering a new era with the withdrawal of its founder Reed Hastings, who gives up his place as co-CEO to become “executive chairman”.

Among the big names on the NASDAQ, Microsoft and Amazon gained more than 3%, Apple almost 2%.

But tech news aside, the market was relieved by a more dovish tone from members of the U.S. Central Bank (Fed) Monetary Committee as the next policy meeting nears. monetary on 1er february.

Until then, Fed members are entering the week of silence before the meeting.

On Friday, one of the governors of the Federal Reserve, Christopher Jan Waller, spoke out in favor of a quarter-point increase in key rates at the next meeting of the monetary policy committee. At the previous meeting, the Fed raised the cost of credit by 50 basis points.

Given the “excellent news” of slowing inflation, “it seems to me that now is the time to slow down […] pace” of rate hikes, he added.

Investors welcomed “this moderation in the tone of Fed officials”, commented for AFP Art Hogan of B. Riley Wealth Management. “Looks like this is going to be the new tempo” for rate hikes, the analyst added.

For Jack Ablin of Cresset Capital too, this new tone was also “good news”.

All the more so, according to him, since the composition of the monetary committee for 2023 “will be more dove”, that is to say leaning towards a more accommodating monetary policy, with the rotation of the voting members within it.

On the side, the action of the online furniture seller Wayfair was praised (+20.25% to 46.79 dollars). The group, very prosperous in the United States during the pandemic, announced that it was going to get rid of 10% of its staff, or 1,750 jobs.

Goldman Sachs shares fell 2.54% as regulators (Fed) reportedly began an investigation to determine whether the bank properly managed the development of its consumer-facing business, according to the report. wall street journal.

The Eli Lilly laboratory was sanctioned (-1.43%) after an application for accelerated authorization made to the American drug regulatory agency was rejected by the FDA.

The Toronto Stock Exchange advanced more than 150 points on Friday, supported by widespread gains, while the major American indices also rose, with significant gains in the technology sector.

After a tough week, markets appeared to reverse some of their losses on Friday, observed Brian Madden, chief investment officer at First Avenue Investment Counsel.

Meanwhile, Toronto’s information technology sector advanced 2.4%, but since technology represents a relatively small share of the Canadian market, compared to energy, industrials and financials, the rise of the TSX on Friday was less spectacular than in the United States.

Friday’s gains by the tech sector still represent only a small rebound from last year’s steep losses, and could signal some trading opportunities for investors looking to buy while prices are still low, it said. Mr Madden.

The past few days have seen investors behave relatively calmly after a more risk-oriented two weeks to start the year, Madden observed. Investors are especially anticipating the Bank of Canada’s decision on its key interest rate next week, and that of the United States Federal Reserve, which will follow shortly after.

Meanwhile, Mr Madden expects several companies to take advantage of the new earnings season to try to lower the bar for 2023, in the hope that it can help them get through it more comfortably.

In the currency market, the Canadian dollar traded at an average rate of 74.51 cents US, up from 74.23 cents US on Thursday.