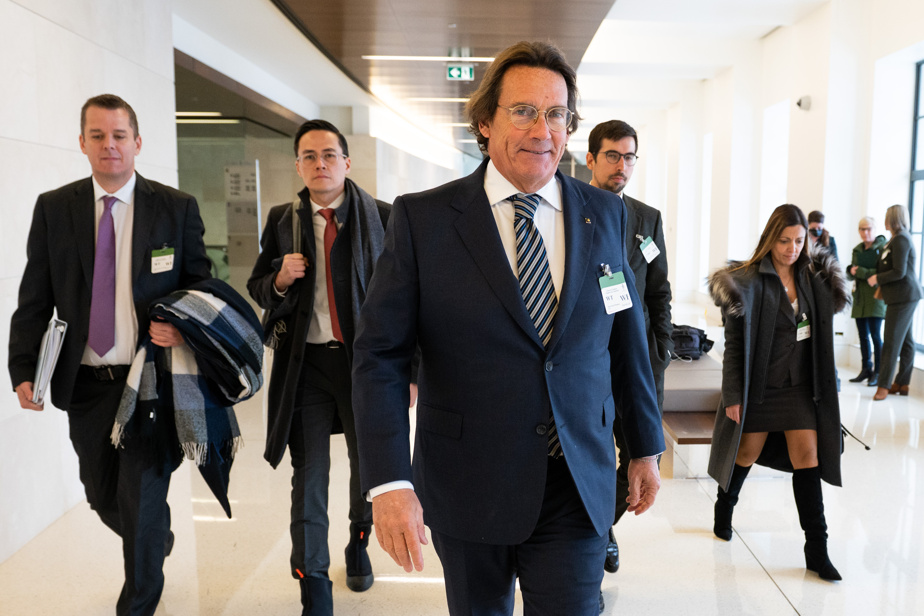 (OTTAWA) Quebecor President and CEO Pierre Karl Péladeau on Wednesday denounced the “toxic and Machiavellian tactics” employed by Telus in an attempt to undermine Videotron’s purchase of the wireless operator Freedom Mobile owned by at Shaw Communications. It has pledged to reduce rates in Western Canada if the deal is approved.

He attacked the Fox project, a lobbying offensive put forward by Telus to influence officials in the Ministry of Innovation, Science and Economic Development, among others. The senior executive of Quebecor was in the federal capital in the afternoon to defend this transaction in the Standing Committee on Industry and Technology of the House of Commons.

Pierre Karl Péladeau also denounced the proliferation by Telus of “recourse to the courts, underhanded disinformation campaigns and intensive lobbying efforts” to fuel the opposition parties and accused the telecommunications company of “alienating the Western Canada against the East”.

“Yes, we are going to reduce the rates,” he answered a question from Bloc Québécois MP Sébastien Lemire. Mr. Péladeau, who once led the Parti Québécois, gave the example of his Fizz division in Quebec, which offers lower prices for cellular and internet plans. He promised to lower prices in British Columbia, Alberta, Manitoba and Ontario.

“We said that for ten years, we will maintain our license, and that we will reduce prices by around 20%, as Minister Champagne has requested,” he said in a press scrum at leaving the committee. He pledged to do so “as soon as possible”.

Quebecor reached an agreement with Rogers and Shaw in August for the purchase of Freedom Mobile, which would allow it to take market share in Western Canada. This acquisition is linked to the merger of the latter. Rogers wants to acquire Shaw for $26 billion, including $6 billion in debt. The telecom giant agreed to sell Shaw’s Freedom Mobile subsidiary to Quebecor later for $2.85 billion. The deal would see Quebecor buy Freedom Mobile’s 1.7 million customers, as well as its infrastructure, spectrum and outlets. The three parties have given themselves a deadline of January 31 to complete the transaction.

Its competitors Telus and Bell fear that this transaction will harm competition in the telecommunications market. However, the Federal Court of Appeal on Tuesday rejected the Competition Bureau’s challenge to the merger between Rogers and Shaw. He does not intend to take the case to the Supreme Court.

Their senior leaders also defended this transaction in parliamentary committee on Wednesday. Rogers President and CEO Tony Staffieri said the deal with Videotron is “the most viable option to increase competition.” With the acquisition of Freedom Mobile, it would become a national mobile phone provider offering its services to “90% of the population” of Canada.

Shaw Chairman Paul McAleese accused Telus and Bell of being “the loudest opponents” to the deal between Rogers, Shaw and Videotron because they will be forced “to face the competition they fear most “. Mr. Péladeau renamed them “Bellus”.

The last word, however, will go to the Minister of Innovation, Science and Economic Development, François-Philippe Champagne, who will make his decision “in due time” after reviewing the judgment of the Federal Court of Appeal.

“I have always worked on behalf of Canadians to ensure that we have more competition, more affordability and innovation in this sector,” he recalled in a press scrum in Hamilton, where is met office. “And that’s what will guide my decision. »

Minister Champagne had rejected in October the initial transaction for the transfer of spectrum licenses from Shaw to Rogers to prevent Freedom Mobile from falling into the hands of the telecommunications giant. The addition of Videotron would make it the fourth player in the mobile telephony sector in Western Canada.