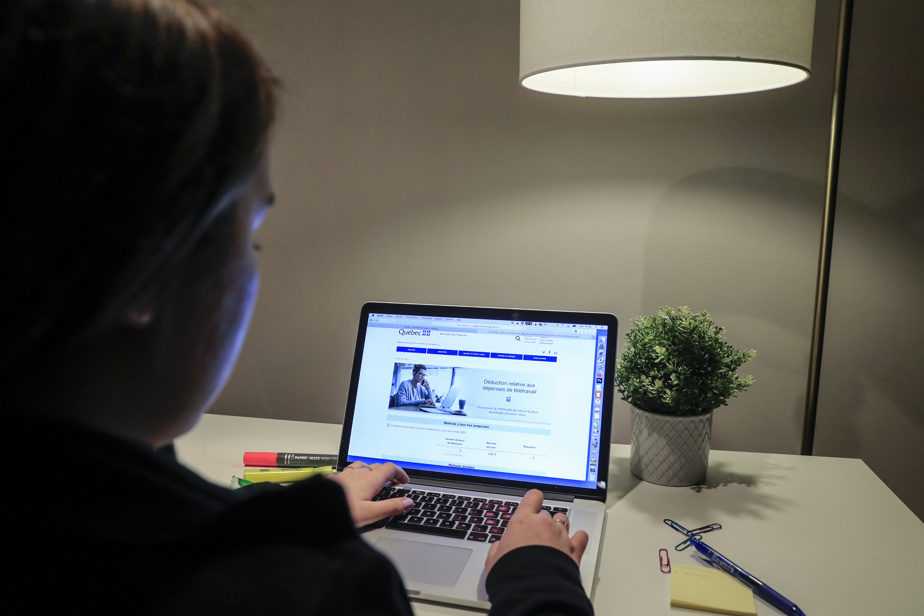 Telework will play a central role in the negotiation of collective agreements for hundreds of thousands of civil servants over the coming months. But difficult to know on what basis the discussions will take place: neither Quebec nor Ottawa have carried out a study to evaluate the productivity of their civil servants at home, after two and a half years of pandemic, learned The Press.

We have asked for “a complete copy of analyses, studies or research to measure the performance and/or attendance of telework employees” from dozens of departments, through access to information laws . Observation: no such document exists anywhere in the government apparatus.

Basically, it is up to the managers of each department to evaluate the performance of their employees, it is explained, regardless of the place of work. A situation that could pose a problem when Quebec and Ottawa decide – or not – to bring their employees back to the office after the pandemic, believes Étienne Charbonneau, full professor at the National School of Public Administration (ENAP).

“If there is a wall-to-wall policy that is adopted by the senior levels of the Department, as is often the case in unionized workplaces, they will not have an overview of what works or not”, underlines the expert, who is currently conducting research on telework.

Étienne Charbonneau finds the lack of studies that could have made it possible to know whether gains or declines in productivity have been observed over the past two and a half years to be “surprising”. “On what basis are they going to decide whether to return employees to the office partially or completely? On prints? »

Regardless of how productivity is measured (or not), one thing is clear: the issue of telework will be at the heart of the renegotiation of collective agreements. Unions representing more than 400,000 Quebec public servants began filing their demands last week, five months before the March 31, 2023 deadline.

Quebec has applied since April 2022 a framework policy on working in hybrid mode, which requires that public servants work at least two days a week in the office.

Very often, underlines Guillaume Bouvrette, employees who travel to the office end up spending a good part of their days in videoconferences with their colleagues who are at home. He also deplores a “profound inequity” in the application of telework rules between the various ministries.

The SPGQ asks that all the rules and conditions surrounding telework be negotiated and included in future collective agreements – rather than decreed by the employer. “People want more flexibility. The Treasury Board’s framework policy is rigid, two days a week. Each person has different needs. »

The Union of Public and Parapublic Service of Quebec (SFPQ) also denounces an “arbitrary” aspect in the application of the rules. The uniform policy which requires a return to two days a week displeases many civil servants, says Christian Daigle, president of the union which has 33,000 members, 85% of whom telework.

We want there to be explanations. If they are logical, we will respect them.

Christian Daigle, President of the Union of Professionals of the Government of Quebec

The echo is similar in Ottawa, where several collective agreements will have to be renewed in 2023. The Canadian Association of Professional Employees, which brings together 23,000 economists, statisticians and other federal public servants, is calling for the rules on telework to be enshrined in future employment contracts. The current guidelines “lack clarity” and are “arbitrary”, according to its president Greg Phillips.

Productivity: not an issue

All union leaders interviewed by The Press believe that telecommuting productivity has been there since the start of the pandemic. Surveys of their members testify to increased fulfillment, even better performance of work at home.

The President of the Treasury Board, Sonia LeBel, seems to share this analysis. She said last year that Quebec had not observed any decline in the productivity of its employees working from home.

On what did she base herself to make such an assertion? It was impossible to speak to M.me LeBel, but his firm explains that “public service managers are required to follow up with their employees on a regular basis to ensure that they deliver what is expected according to the agreed timelines.”

The “performance indicators”, such as the number of calls received, files processed or compliance with deadlines, “are the same whether the employee is teleworking or present in the office”. The annual reporting done by the departments since the start of the pandemic also shows that they are “generally more efficient than they were”, we add.

“As the practice of telework has been precipitated by the pandemic, the Treasury Board Secretariat will ensure, in the future, to optimize its data collection to measure the performance and yield of public service employees in telework. “, specifies the firm of Sonia LeBel.

The Treasury Board of Canada Secretariat provides similar explanations. “Each department develops its own roadmap” and evaluates the performance of its employees using the same application, underlines spokesperson Martin Potvin.

With the collaboration of William Leclerc