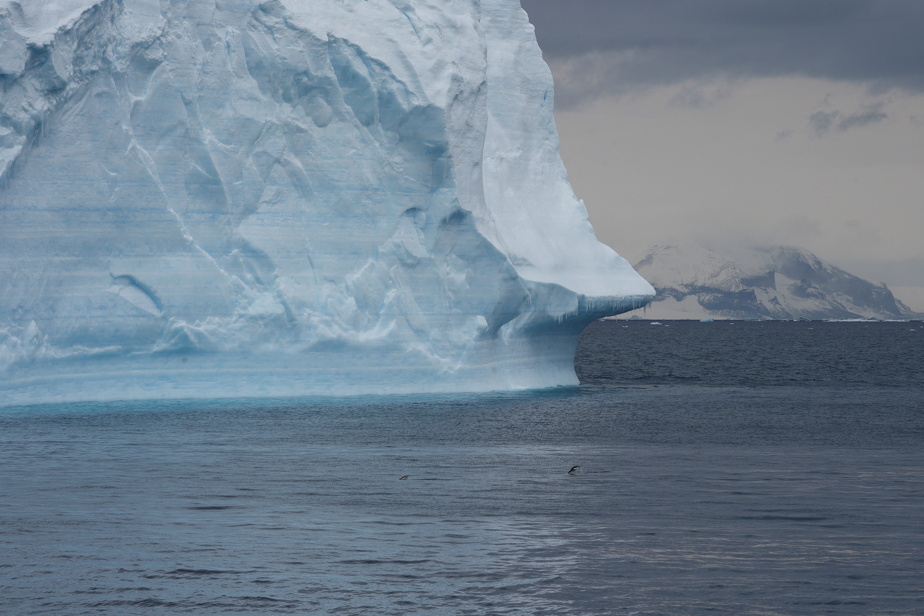 The Concordia research base, installed on Dome C of the Antarctic plateau at an altitude of more than 3,000 meters, recorded a record “heat” of -11.5 ° C on Friday, “an absolute record for all months combined, beating the – 13.7°C on December 17, 2016,” tweeted Étienne Kapikian, forecaster at Météo-France.

While temperatures should have dropped with the end of the austral summer, the Dumont d’Urville base, located on the coast of Adélie Land, set a mild record for the month of March, with +4.9 °C, and a record minimum temperature of +0.2°C on March 18.

“Frost-free days are occasional at [Dumont d’Urville]but they had never occurred after February 22 [en 1991] “, noted on Twitter Gaëtan Heymes, from Météo-France.

He described a “historic mild event in the east” of the frozen continent, with temperatures 30 to 35 ° C above seasonal norms.

“This is the time when temperatures should drop rapidly, since the summer solstice in December,” noted Jonathan Wille, researcher at the Institute of Environmental Geosciences in Grenoble.

“This heat wave in Antarctica changes what we thought was possible for Antarctic weather,” he added on Twitter.

Even if it is not possible at the precise moment when an event occurs to attribute it to climate change, one of the clearest signs of global warming is the multiplication and intensification of heat waves.

The poles are warming up even faster than the planet’s average, which has gained on average around +1.1°C since the pre-industrial era.

This heat wave in East Antarctica comes as the Antarctic sea ice reached its smallest area recorded since satellite measurements began in 1979 at the end of February, at less than 2 million km.2according to the American research center National Snow and Ice Data Center.